La Nina, or “little girl” in Spanish, is a natural Pacific Ocean climate phenomenon. When a La Nina pattern is occurring, strong winds blow warm water at the ocean’s surface from South America to Indonesia. As the warm water moves west, cold water from the deep ocean rises to the surface near the coast of South America.

La Nina, and its opposite climate pattern, called El Nino, or “little boy” in Spanish, are sort of like a brother and sister. And like many siblings, the two patterns are opposites in almost every way. Basically, you could say that La Nina causes the water in the Eastern Pacific Ocean to be colder than usual, while El Nino can cause the water to be warmer than usual. 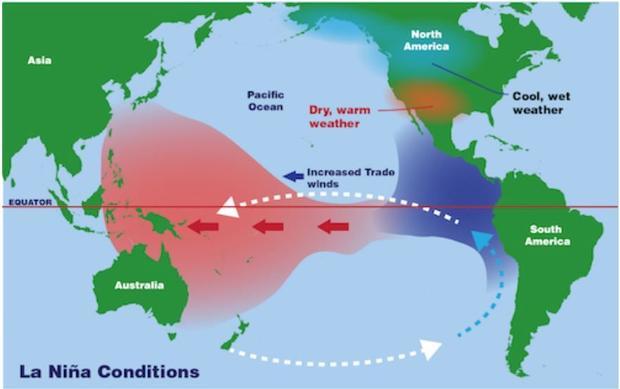 Rain clouds normally form over warm ocean water. La Niña blows all of this warm water to the western Pacific. This means that places like Indonesia and Australia can get much more rain than usual. However, the cold water in the eastern Pacific causes less rain clouds to form there. So, places like the southwestern United States can be much drier than usual.

“La Nina can contribute to an increase in Atlantic hurricane activity by weakening the wind shear over the Caribbean Sea and tropical Atlantic Basin, which enables storms to develop and intensify,” said Mike Halpert, deputy director of NOAA’s Climate Prediction Center. “The potential for La Nina development was factored into our updated Atlantic hurricane season outlook issued in August.”

And as for the months ahead? Climate scientists give La Nina a 75 percent chance of sticking around from December 2020 through February 2021. 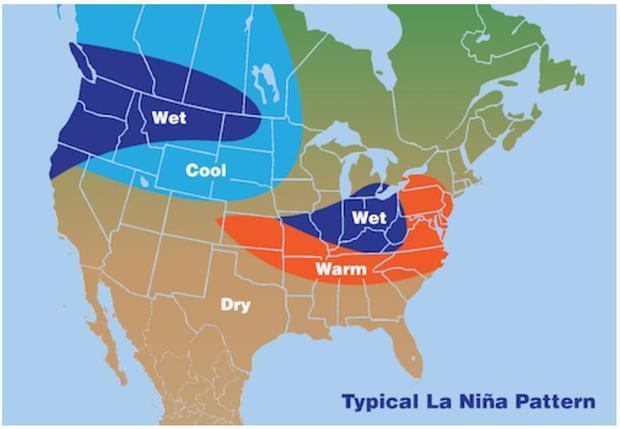 La Nina can also impact the position of the Jet Stream over North America, which in turn, impacts the track and severity of winter storms. So, for areas of the Pacific Northwest battling major wildfires, the likelihood of a wetter and cooler winter is entirely possible.

However, La Nina will bring below-average precipitation and above-average temperatures across the southern half of the United States. The region of concern this winter will be the U.S. Southwest, where a weak summer monsoon has resulted in extreme drought conditions. 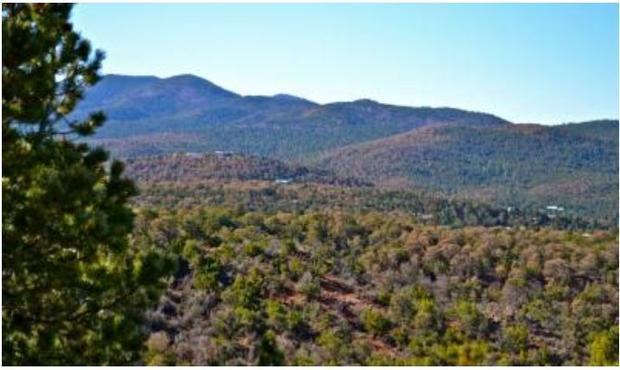