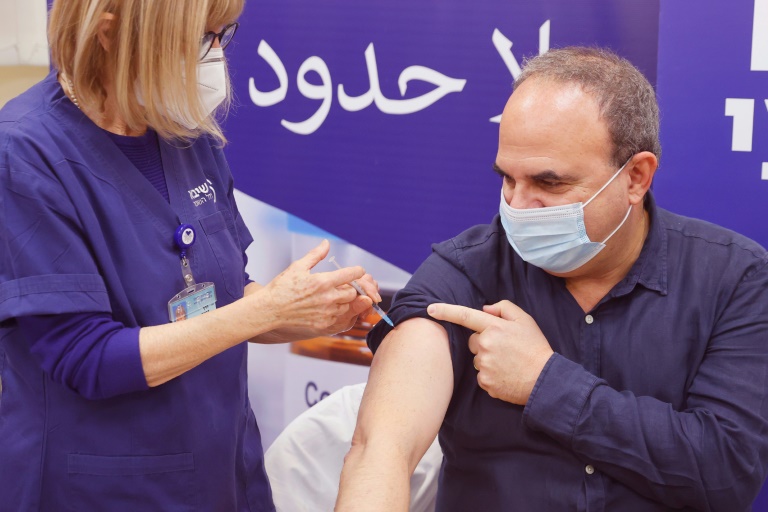 Israel on Friday started giving fourth Covid vaccine shots to people with weakened immunity, becoming one of the first countries to do so in hopes of countering a case surge driven by the Omicron variant.

The effort comes almost exactly one year after Israel began a massive vaccination drive on the back of a data-sharing accord with US pharmaceutical firm Pfizer.

Israel’s health ministry on Thursday approved giving a fourth shot for immunocompromised people, the same day that authorities reported more than 4,000 new cases of the disease, a high not seen since September.

Heart transplant patients were among the first to receive the additional shots at Sheba hospital in Ramat Gan near Tel Aviv, where health workers received test injections this week.

“We had good results with the third dose which only caused secondary effects such as light, localised pain. We can’t wait to see the results of this fourth dose,” said Galia Rahav, a doctor.

Cardiologist Yael Peled said it would “increase protection against coronavirus”.

Israel on Friday also added residents of retirement homes and geriatric patients to those eligible to take the fourth dose.

“This decision was taken for fear of an increase in cases of contamination in such institutions that would endanger the health of these people,” the ministry said.

Prime Minister Naftali Bennett has said Israel, which was among the first countries in the world to offer a third shot to the general public, will be a trailblazer for the fourth jab.

“Israel will lead the way in administering a fourth vaccine to the Israeli people,” he said.

More than four million people out of a population of 9.2 million Israelis have received three shots of coronavirus vaccine.

On another front in the battle against the coronavirus pandemic, an Israeli El Al plane flew in Thursday from Belgium carrying a shipment of Pfizer’s anti-Covid pill, Paxlovid.

Chile has announced it will also offer a fourth shot to at-risk people starting in February, while health authorities in Britain and Germany are considering following suit.