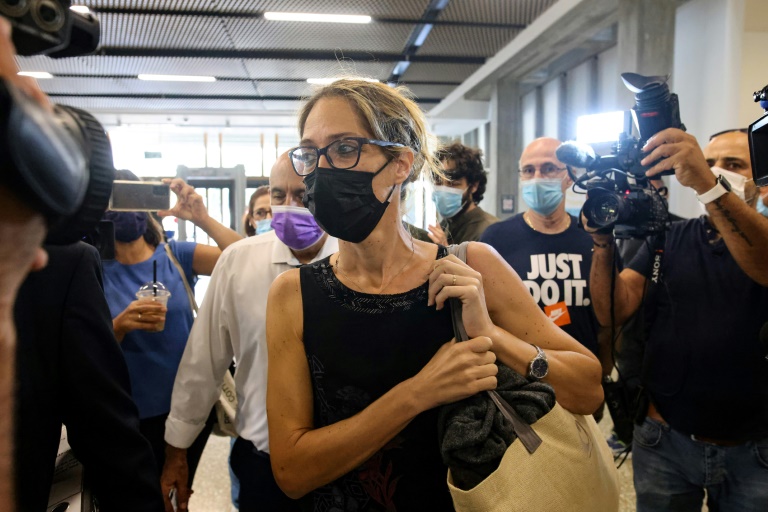 An Israeli court ruled Monday that a boy whose parents died in an Italian cable car crash be returned to family in Italy, after his grandfather was accused of illegally bringing him to Israel.

The battle for custody of Eitan Biran, the sole survivor of the May accident that killed 14 people, has captured headlines since his maternal grandfather, Shmulik Peleg, brought him to Israel on a private jet last month.

Peleg has insisted that he drove Eitan from Italy to Switzerland before jetting him back to Israel — instead of returning him paternal aunt Aya Biran, who lives in northern Italy — because Eitan’s late parents wanted him to be raised in the Jewish state.

But Peleg has become the subject kidnapping probe by Italian prosecutors and Israeli police questioned him over those allegations last month.

A statement Monday from the Tel Aviv court where Aya Biran had filed a complaint said judges “did not accept the grandfather’s claim that the aunt has no custody rights”.

It recognised an Italian judgement that established Biran as a legitimate guardian and said Peleg had “unlawfully” removed the boy from his aunt’s care.

The court “ordered the return of the minor to his usual place of residence in Italy”.

The court also found that “a connection” between the surviving members of the Italy- and Israel-based relatives was in Eitan’s “best interests”.

The case has stirred emotions in Israel, and throngs of journalists had surrounded the Tel Aviv court for hearings last month, with some pro-Peleg protesters insisting it was wrong to send a Jewish child out of Israel.

Before judges ordered the sides to stop talking to the media, Peleg told Israel’s Channel 12 in September that his grandson was “in the place where he is supposed to be, in his home, in Israel.”

Eitan and his parents, Amit Biran and Tal Peleg, had been living in Italy, where Amit Biran was studying medicine, together with their other child, Tom.

Eitan suffered severe chest and abdominal injuries and spent a week in intensive care after the May accident that occurred when a cable snapped on the aerial tram bringing weekend visitors to the top of the Piedmont region’s Mottarone mountain.

The accident was one of Italy’s worst in over two decades.