Democratic Gov. Andrew Cuomo said on Saturday that water contaminated by tritium had leaked into the groundwater at the Indian Point facility in Buchanan, causing “alarming levels” of radioactivity to be found at three out of the 40 monitoring wells on site.

Referring to a report from Entergy Corporation, which owns the plant, Governor Cuomo said one of the wells showed a 65,000 percent increase in the water’s levels of radioactivity, reports the New York Times. The governor expressed his alarm over this latest bad news coming out of the nuclear facility, located about 30 miles north of Manhattan, saying, “This latest failure at Indian Point is unacceptable.”

In a statement, Entergy Corp. said the elevated levels of tritium were “not in accordance with our standards” but they were more than 1,000 times below federally permissible limits. “The tritium did not affect any source of drinking water onsite or offsite,” the company said. Citing the tritium-contaminated groundwater levels, the company added that it was “a well-studied issue.”

Regardless of Entergy’s assurances that the radioactive leaks posed no threat to the health and safety of the public, on Saturday, writes The Guardian, Governor Cuomo sent letters to Basil Seggos, the acting commissioner of the State Department of Environmental Conservation, and to Howard Zucker, commissioner of the State Health Department, demanding a complete investigation.

The governor said the priority was to determine the extent and duration of the radioactive contamination and whether it posed a risk to the environment and the health and safety of the public. “We need to identify whether this incident could have been avoided by exercising reasonable care,” he wrote. 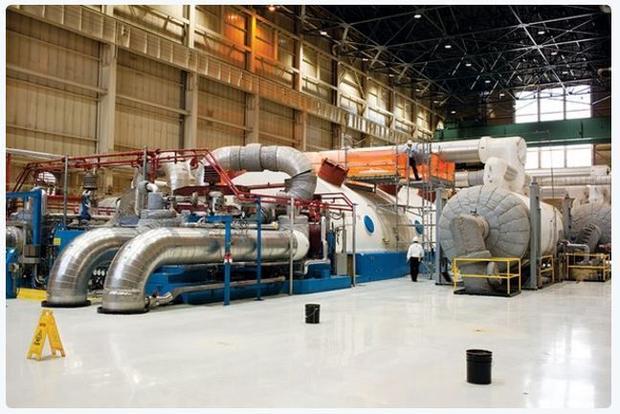 Indian Point is an accident waiting to happen
In November of 2015, Digital Journal reported the New York Department of State (DOS) had refused to give Indian Point Nuclear Power Plant the certificate required for future use of the facility on the Hudson River, citing environmental and public safety concerns.

Entergy Corp. owns and operates 10 nuclear power plants across the country, and they are very familiar with leaks of radioactive materials and other problems that have become ongoing issues in some instances. It should be pointed out the Vermont Department of Health has ongoing investigations into leaks at Vermont Yankee since 2010 while New York’s FitzPatrick Plant was “plagued by water leaks” in 2014. 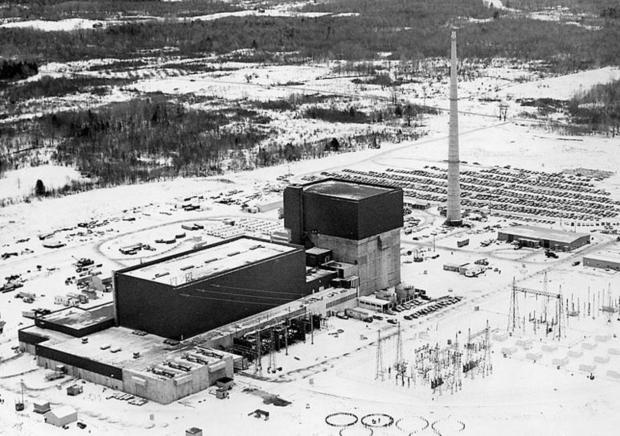 The 821,000- Kilowatt FitzPatrick Nuclear Power Plant on the shore of Lake Ontario in the Town of Scriba near Oswego is scheduled for completion in 1973. The New York State Power Authority reports that the plant is 80 percent completed at the time this photograph was made. Circa 1973.
ENERGY.GOV – HD.6D.339

With increased competition from other energy sources and cheaper oil and natural gas prices, it has become less profitable to operate many nuclear power plants, and with many of these nuclear facilities aging, the maintenance costs are becoming a sore spot on the balance sheet for many companies, and it seems repairs are not being done in an acceptable manner.

As an example, Indian Point’s reactor Units 1, 2 and 3 were activated in 1962, 1974 and 1976, respectively. Indian Point is almost past its prime. As a matter of fact, the monitoring wells used for checking groundwater radiation levels weren’t installed until 14 years ago, so any leakage would not have been detected until someone died. 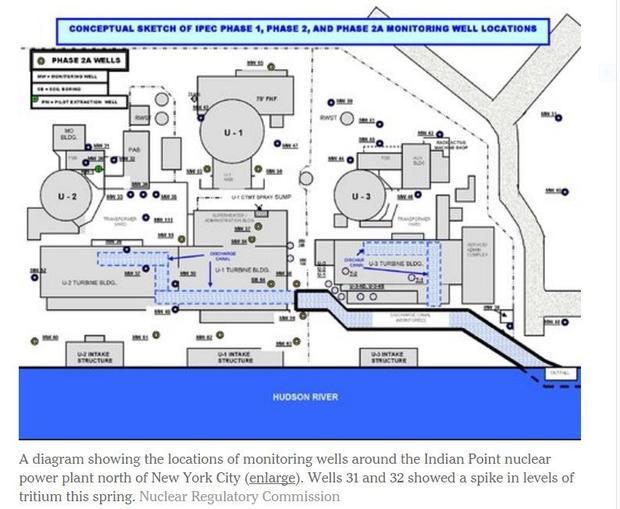 In 2014, two monitoring wells showed spikes in the levels of tritium, high enough that an investigation was undertaken. At that time, David A. Lochbaum, director of the Nuclear Safety Project at the Union of Concerned Scientists said of the elevated tritium levels at Indian Point, “The N.R.C. should enforce its regulations or change its name to N.C.”

This means that Indian Point is in violation of NRC regulations and could be hit with a daily fine until the leaks are identified and fixed. According to DotEarth, The NRC has decided to look the other way, invoking the “no blood, no foul” rule, effectively allowing Indian Point to continue to have leaks that have not been corrected.