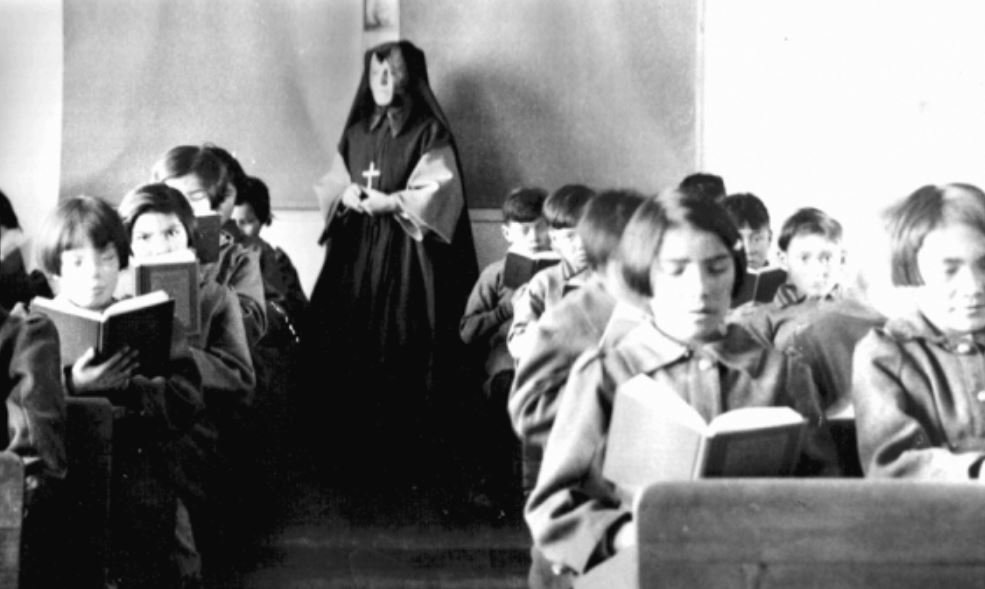 More than 750 unmarked graves have been found near a former Catholic boarding school for indigenous children in western Canada, a tribal leader said Thursday, again casting a spotlight on a dark chapter in Canada’s history.

And in a broader sense, what is happening in Canada also reflects on a dark chapter in America’s history. In both young countries – boarding or residential schools were established during the early 19th and mid 20th centuries with a primary objective of “civilizing” or assimilating native children into a culture more in line with European values.

In both countries, a Bureau of Indian Affairs funded the schools and allowed various Christian denominations to run them and educate the children. In Canada, the origins of residential schools were primarily active with the passage of the Indian Act in 1876.

An amendment to that act in 1894 made attendance at residential, industrial, and day schools compulsory for all First Nations children. The schools were intentionally located at great distances from Indigenous communities to minimize contact between families and their children.

Parental visits were further restricted by the use of a pass system designed to confine Indigenous peoples to reserves and to make it even harder to see their children. The parents were not allowed through the gates at the schools unless they had that pass.

Unlike the church-run boarding schools, which provided a limited education with a heavy emphasis on religious instruction, the industrial schools were intended to prepare First Nations people for integration into Canadian society by teaching them basic trades, particularly farming.

The last federally operated residential school, Gordon’s Indian Residential School in Punnighy, Saskatchewan was closed in 1996. Schools operated in every province and territory with the exception of New Brunswick and Prince Edward Island.

Great harm came to the children

Not only were Indigenous children taken, sometimes forcibly from their parents, but they were not allowed to speak their native language or wear their own clothing.

Food was of poor quality, and never enough to fill a growing child’s stomach. But this hunger, along with other atrocities, was never to be spoken about, for fear of additional punishment.

And while hardly ever mentioned, tuberculosis was rampant at the schools. The 1906 Annual Report of the Department of Indian Affairs, submitted by chief medical officer Peter Bryce, highlighted that the “Indian population of Canada has a mortality rate of more than double that of the whole population and in some provinces more than three times.”

Among the list of causes, he noted tuberculosis and the role residential schools played in spreading the disease by way of poor ventilation and medical screening.

The surge in tuberculosis cases among the First Nations children was never successfully addressed, either. By 1920, Regina physician F. A. Corbett was commissioned to visit the schools in the west of the country and found similar results to those reported by Bryce.

Dr. Corbett found shocking numbers of sick children, as high as 50 to 60 percent of a school’s total population, had tuberculosis, and in one classroom, he found 16 ill children, many near death, who were being forced to sit through lessons.

And worse, the children were subject to physical and emotional abuse at the hands of their Christian masters, even to the point of being sexually abused, according to numerous testimonials by survivors.

But the number of children who never went back home is staggering. As is so often the case with state-inflicted mass atrocities, records indicating accurate rates of abuse and death at residential schools do not exist or were destroyed.

About 150,000 children are believed to have attended a residential school over the course of the system’s existence, while the number of children who died could be 9,000 or even higher.

Depriving children of the only cultural and eithnic connections they have with their families must have been a traumatic experience that many First Nations people still carry around with them today.

After being away from their families for years, many children returned home to find they could not communicate with their parents and grandparents, leaving them ashamed and traumatized.

It is no wonder that today, in many First Nation communities, we find high rates of alcoholism, violence, and suicides. And while the residential school system is viewed by much of the Canadian public as part of a distant past, it is still relevant today.

Survivors and their descendants now share in the multi-generational effects of personal trauma and the loss of language, culture, traditional teachings, and mental and spiritual wellbeing.