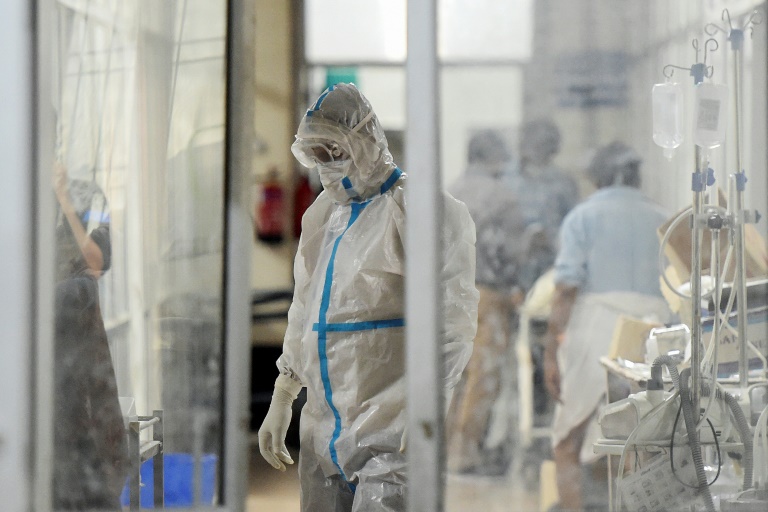 India’s total Covid caseload soared past 20 million on Tuesday, official data showed, as the pandemic continued to wreak havoc on the country’s hospitals.

India has added around eight million new cases since the end of March in a ferocious new wave blamed on virus variants and the government having allowed most activities to resume as well as huge religious and political gatherings.

This has overwhelmed India’s chronically underfunded health care system, leading to dire shortages of hospital beds, drugs and oxygen, with patients dying outside packed clinics in New Delhi and elsewhere.

The daily number of new cases has, however, declined in recent days, having peaked at 402,000 on Friday.

“If daily cases and deaths are analysed, there is a very early signal of movement in the positive direction,” senior health ministry official Lav Aggarwal told reporters on Monday.

“But these are very early signals. There is a need to further analyse it and make related efforts to monitor it on a continued basis,” he added.

In this article:covid, India, Vaccine