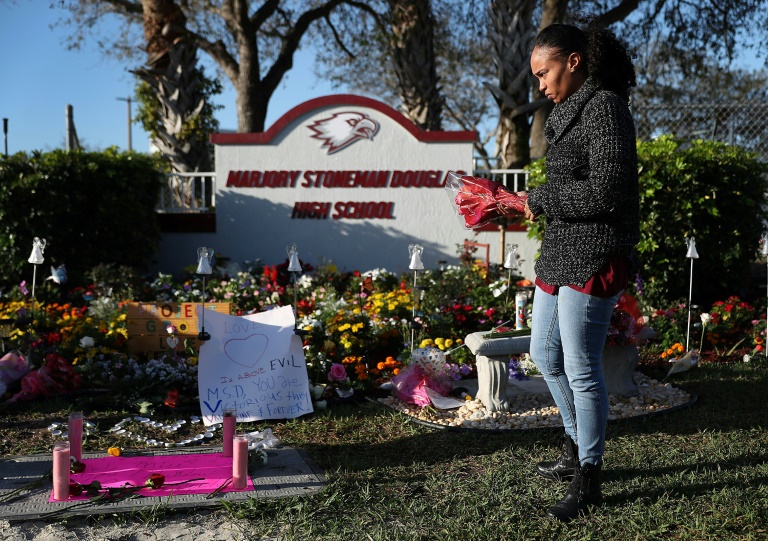 Students in many US states are just returning to classrooms after months of remote learning due to the coronavirus pandemic — but the move back has come with an unfortunate uptick in gun violence.

From the first hours of Thursday, it felt like Groundhog Day — at 7:00 am an Army trainee carrying a rifle hijacked a bus full of elementary school students near Fort Jackson, South Carolina for reasons unknown, before letting them go unharmed.

Arrested a short time later, the 23-year-old man was charged with 19 counts of kidnapping, carjacking and other crimes.

“Probably one of the scariest calls that we can get in law enforcement … is that a school bus has been hijacked with kids on it with someone with a gun. And that’s what we had this morning,” local sheriff Leon Lott told the ABC station.

Then, on the other side of the country in Idaho, at about 9:00 am a girl in sixth grade — meaning she is about 11 or 12 — took a gun out of her backpack and started shooting. Two students and a staff member were injured.

A teacher disarmed the girl and she was taken into custody. Her motive remains unknown.

Later in Albuquerque, New Mexico, a middle school was evacuated after a teacher reported seeing a student with a gun. In the end, the offending item turned out to be a mobile phone, but the incident shows how US teachers are on high alert.

The incidents are reported by local media, but they do not make national headlines.

Only a deadly shooting spree, like the one at Marjory Stoneman Douglas high school in Parkland, Florida in February 2018 (17 dead), sparks a shockwave.

More than 248,000 students have been exposed to gun violence in schools since 13 people were killed in the massacre at Columbine High School in Colorado in 1999, according to data compiled by The Washington Post.

The figure includes those caught up in the violence, such as witnesses and those forced to evacuate educational institutions when gunfire erupts.

The Covid-19 crisis that was declared a global pandemic in March 2020 however offered a bit of a respite.

To curb the spread of the virus, most US schools closed their physical doors to students, instead offering remote learning via Zoom and other internet tools. Many are just now starting to reopen.

Nine school shootings were recorded in 2020, and two in the first quarter of 2021.

“We worry that gun violence at America’s schools may be even more likely in 2021 than before the pandemic because of a number of exacerbated risk factors for violence,” wrote criminal justice professors James Densley and Jillian Peterson in an article published by The Conversation, a non-profit news website.

Those risk factors include a spike in gun sales in recent months and a mental health crisis among young people due to months of virus-related lockdowns, the experts — authors of a recent book on the issue — wrote in April.

On April 26, a middle school student in Minnesota opened fire in a hallway before being arrested. The 12-year-old boy’s father later apologized.

“The Covid. These kids are getting depressed. They have no friends. They don’t know what to do. They’re sitting on their computers. It’s starting to fry their brains,” he told the local ABC affiliate KTSP.