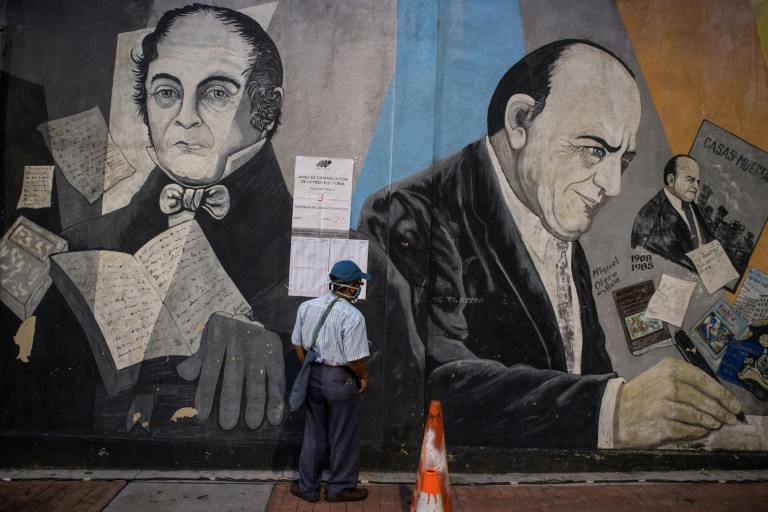 With opposition parties participating for the first time since 2017 and European Union observers returning, Venezuela’s Sunday elections represent an early contest for power between the government and rivals in a country mired in economic crisis.

An estimated 21 million Venezuelans will be going to the polls to elect 23 state governors, as well as the mayors and council members of hundreds of cities.

Polling stations opened at 6:00 am (2200 GMT) for 12 hours, with results expected around “two or three in the morning,” a source with the National Electoral Council said.

“I’ve come to exercise my right to vote in a democratic country,” 74-year-old Jose Casanova, a militant leftist, said after casting his ballot in a working-class neighborhood in eastern Caracas.

He considers Venezuela “a blessed country despite all its problems.”

Leftist President Nicolas Maduro, whose deeply controversial presidency has left the South American nation facing punishing economic sanctions, has been seeking a measure of relief through careful shows of goodwill and democratic intention.

The opposition, which had boycotted elections for the past three years saying they were neither free nor fair, agreed to take part in Sunday’s votes after receiving assurances from the government.

Opposition leaders hope to raise their profile and gain momentum ahead of presidential elections set for 2024.

But there seems little doubt about the outcome: experts predict the Chavist movement that Maduro has led since the death of President Hugo Chavez in 2013 should easily prevail over a divided opposition.

Henrique Capriles, who lost presidential elections both to Chavez in 2012 and to Maduro a year later, said the opposition’s division will undeniably weigh on it.

“Let’s be honest,” he said: “The PSUV (the governing Socialist Party) is going to win.”

Observers say the opposition stands to win in six states at most: Tachira, Zulia, Lara, Nueva Esparta, Sucre and Anzoategui.

Caracas seeks a loosening of economic sanctions — notably from the United States, which does not recognize Maduro’s presidency — hoping at least for a partial lifting of the measures, said Oswaldo Ramirez, a consultant.

With hundreds of millions of dollars of its funds frozen abroad, Venezuela wants to be able to sell its petroleum more easily — the US historically is its biggest customer — and to end limits on imports.

The government has made a calculated series of concessions, opening negotiations with the opposition, and inviting election observers from the EU, the United Nations and the US-based Carter Center.

The EU is sending its first observer mission in 15 years, as Caracas — long prickly about its “sovereignty” — has had to swallow its pride.

“The regime needs this mission” to give its election credibility, one opposition member said.

After sitting out the 2018 presidential election and 2020 legislative votes, the opposition dropped its boycott strategy but has failed to agree on candidate lists.

Juan Guaido, who is recognized by the US and some 50 other countries as Venezuela’s president after the disputed 2018 election, has said the opposition must “unify the struggle.”

But he said he will not vote, and that “it is certain that Maduro is, and will continue to be, illegitimate.”

Maduro, clearly relishing the opposition’s division, has called for “a great election so that this will be a great victory for democracy.”