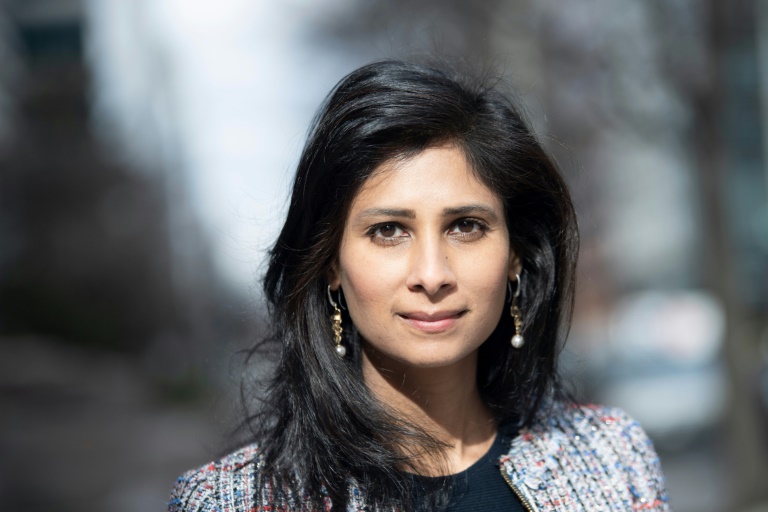 China should begin to “recalibrate” its aggressive anti-Covid policy as other countries are doing, to try to ease the negative impact the pandemic continues to have on global supply chains and economic growth, a senior IMF official said on Tuesday.

Speaking in an interview with AFP, Gita Gopinath, the newly-installed number two official at the global crisis lender, said with vaccines and treatments countries should be able to get back to more normal activity.

-Is it time for China time to ease its zero tolerance policy?

“Firstly, I would like to recognize that the zero COVID strategy for China has worked very well in 2020 and 2021. They’ve had very low cases, very few deaths, and the economy has been recovering. So it’s a strategy that has worked well…

“Like all countries, they will indeed need to recalibrate because what we are seeing is with more frequent outbreaks, and therefore more lockdowns, even though they’re very targeted, we’re certainly seeing that having a negative impact on activity. And if that becomes much more serious, it will not just slow down growth even more but also have very important consequences for global supply chains.

“So we are moving I would say gradually to that recognition, that because of the vaccines that we have, the tests, the therapeutics, we can get back to much more normalcy.”

-How do you view the inflation risk in the US economy?

“Inflation has become elevated pretty much across the globe. And especially if you look at headline inflation, that’s been very high in many countries, because we’ve seen a big increase in energy prices and food prices.

“The US is an example of that, where inflation is quite a bit broad-based, and you’re seeing it including in wages rising.

“Our projection is that inflation in most countries will decline through this year, especially in the second half of this year. And then into 2023 is when we will see it subsiding. But we should recognize for several countries, that inflation even though it’s declining, it will be high. It will be above their targets.

“I would just recognize the high level of uncertainty around inflation projections. Because inflation this time round is not just a simple macro story, but has all very pandemic specific elements to it…

“From our perspective, the more likely scenario is that it will not be down to two percent (in the United States) by the end of this year, in fact, it will be quite a bit above it … It will take going into 2023 for that to come down further.”

-What is the risk of higher interest rates?

“This is going to be a challenge for central bankers this year to be able to communicate the transition to tighter monetary policy. And they should handle that with care. Because we are in a world with very high levels of debt (and) if interest rates really jump up in an unexpected way, then that can hit several countries quite negatively.

“So these are very difficult times. And as global interest rates are going up, it’s going to be a big fiscal cost of them.”

In this article:China, Economy, Growth, Imf, Inflation, US