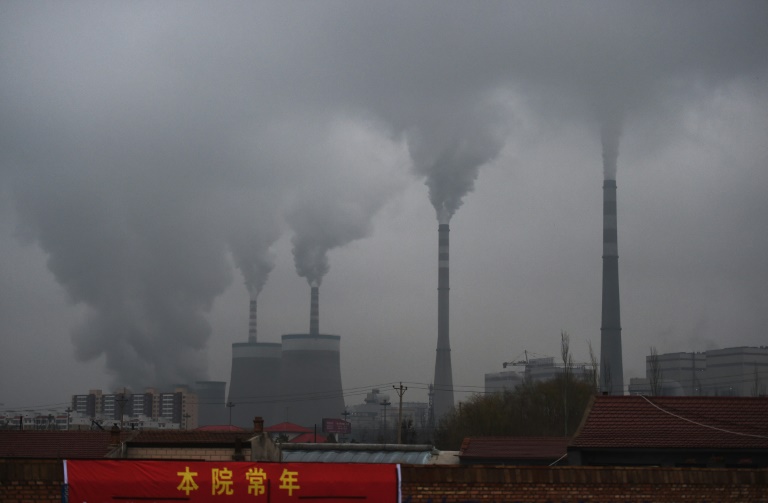 The IMF on Friday issued a report calling for the world’s top polluters to adopt an international carbon price floor, arguing it offered a “realistic prospect” to combat climate change.

The multilateral agency said that carbon pricing was now widely accepted as the most important policy tool to achieve the drastic emissions cuts required to limit global warming to two degrees Celsius by 2050.

But right now, four-fifths of emissions remain unpriced and the global average carbon price is just $3 a ton — far below the level needed to incentivize energy efficiency and redirect innovation towards green technologies.

The report modeled different scenarios and said that a three-tier price floor of $75, $50, and $25 per ton for advanced, high, and low-income emerging markets respectively could help achieve a 23 percent reduction in emissions by 2030.

That example would involve just six participants: Canada, China, the European Union, India, the United Kingdom and the United States.

The report suggested the scheme could be launched by the G20 before being expanded to others.

The initial goal would be to meet the Intergovernmental Panel on Climate Change’s target of reducing emissions between one quarter to a half by the end of this decade.

“Simultaneous action among large emitters to scale up carbon pricing would deliver collective action against climate change while decisively addressing competitiveness concerns,” said Victor Gaspar, director of the IMF’s fiscal affairs department and Ian Parry, a co-author of the report.

“There is no time to waste in putting in place such an arrangement. Imagine us in 2030. Let us make sure that we will not look back at 2021 just to regret the missed opportunity for effective action,” they added.

Eventually the scheme would look like a scaled-up version of a Canadian law which requires provinces and territories to implement a minimum carbon price, rising progressively from CAN$10 per ton in 2018 to CAN$50 in 2022 and CAN$170 in 2030.

Jurisdictions meet these goals either through taxes or emissions trading schemes.