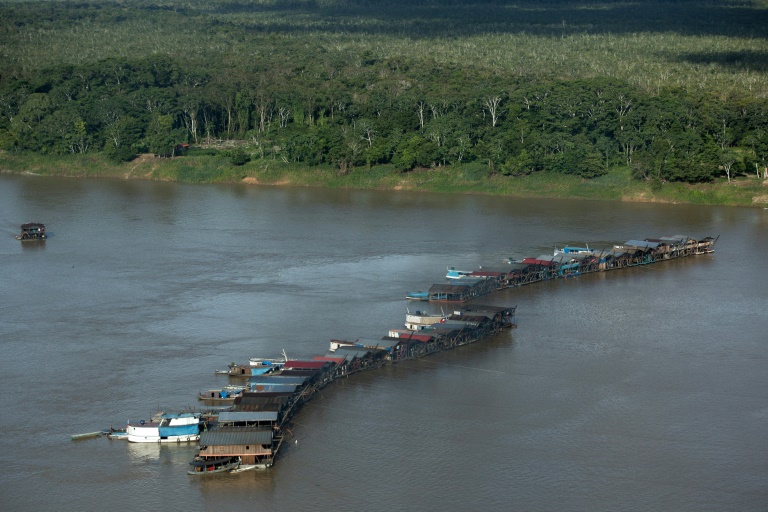 Federal police were preparing an operation to stop the more than 300 vessels — the environmental group says the number could be far higher — engaged in illegal mining in the Madeira River, the Estadao newspaper reported, citing Ministry of Justice sources.

Images provided by Greenpeace show lines of boats arranged side by side across the Madeira, following rumors that gold was discovered in the nearby area around the community of Rosarinho, in Brazil’s northwest.

While clandestine gold mining is commonplace in the Amazon, the “atypical” operation some 100 kilometers (62 miles) from the city of Manaus attracted attention, said Greenpeace, which demanded greater speed from the authorities to stop what it called an “environmental crime.”

According to Greenpeace the images show that the “garimpeiros,” as wildcat miners are known in Brazil, are dominating the area and operating “without fear.”

The police superintendent of Amazonas state told Estadao that officials are discussing a plan of action.

Audio published by the newspaper features apparent garimpeiros indicating that the dredging teams were already aware of a planned police operation, and that the illicit miners were readying a “wall” of rafts to prevent a police takeover.

A report by the Federal University of Minas Gerais together with Brazil’s Public Prosecutor’s Office revealed last July that just 34 percent of the 174 tons of gold exploited in Brazil between 2019 and 2020 have a proven legal origin.

Since his assumption of power in January 2019, Amazon deforestation has surged, mainly due to illegal mining and cattle ranching.

In this article:amazonia, Brazil, gold rush