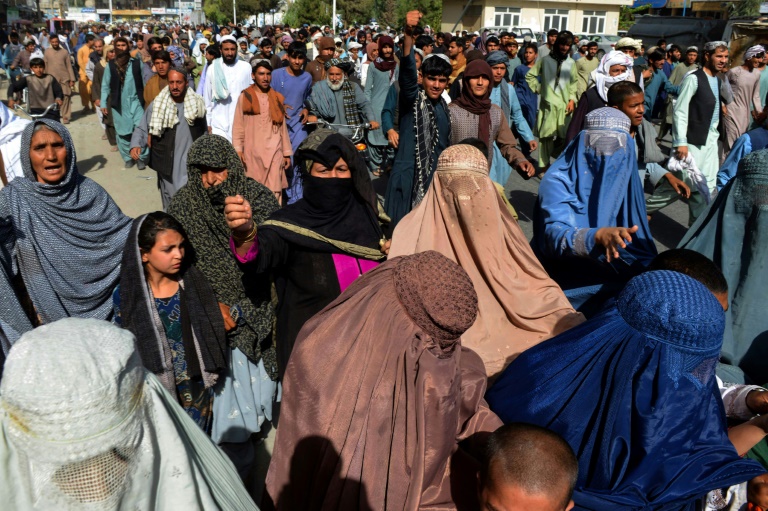 Hundreds of protesters from a neighbourhood populated by former Afghan army servicemen marched in Kandahar Tuesday against plans by the Taliban to evict them from their homes.

Residents of Zara Ferqa, a suburb made up of government housing and ramshackle huts, said they had been ordered to leave by the Taliban, but had nowhere else to go.

One resident said they were told to vacate their homes and give them to Taliban fighters.

Locals say more than 10,000 people live in the neighbourhood — many of them widows or wives of servicemen killed or wounded in action against the Taliban in the past 20 years.

The crowd — mainly made up of men and youths, along with some women, many burqa-clad — took to the streets despite the Taliban having banned unauthorised protests after taking power on August 15.

Some reporters covering Tuesday’s march said they were harassed and beaten by Taliban guards along the route.

Kandahar is Afghanistan’s second-biggest city, as well as the birthplace of the Taliban movement and its spiritual heartland.

In response to the protest, Kandahar’s governor has temporarily stayed any eviction until the matter can be discussed with community elders.

A statement noted that not all the housing was official government quarters, and some residences had been built by individuals.