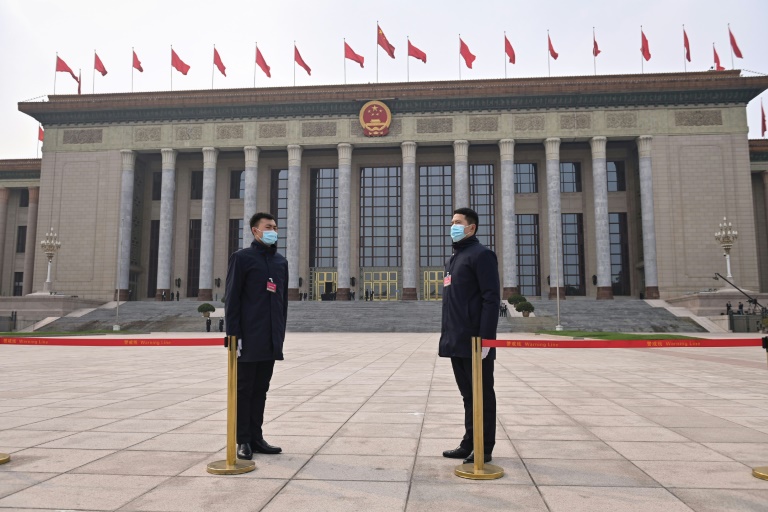 China’s Communist Party leadership is set to meet in Beijing this week to rubber-stamp legislation and approve the national budget, in an annual gathering that sets the country’s direction for the upcoming year.

Previous legislation imposed by delegates at the National People’s Congress (NPC) has included a draconian national security law on Hong Kong and reversals in the one-child policy.

At the same time, delegates make dozens of suggestions to solve various social ills — few of which make it onto the actual voting agenda.

Here are some of this year’s proposals:

A viral video of a woman chained in a shack by her husband sparked national outrage earlier this year and prompted debate about the widespread practice of human trafficking in rural China.

Provincial authorities found that the woman, who was diagnosed with schizophrenia, had been taken from her rural home and sold several times.

Fan Yun, an NPC representative, proposes an amendment to the criminal law that would punish buyers and traffickers equally — buyers currently face a maximum sentence of only three years in prison versus 10 years for traffickers.

The case has also highlighted a lack of mental health services in China, prompting NPC representative Sun Bin to call for a system that offers treatment and free drugs to rural patients.

Bride trafficking has been largely fuelled by a gender imbalance, caused by years of a draconian one-child policy and a preference for boys.

New fathers should get at least a month of paid paternity leave compared to the current norm of around 15 days in major cities, NPC representative Jiang Shengnan believes.

Most major Chinese cities offer women around 150 days of paid maternity leave but “parenting is the responsibility of both husband and wife,” she told the state-run China Women’s News.

Maternity leave was expanded last year after China announced its three-child policy — but the vast gap between fathers and mothers has left women vulnerable to workplace discrimination and the burden of care duties still falls mostly on women.

Many young couples say it is too expensive to have more than one child.

China’s appetite for surgery has exploded over the past decade, with everything from nose reconstructions to subtle “lunchtime facelifts” marketed to consumers eager to get a leg up in a fiercely competitive society.

But fear is growing that it may be too easy for anyone to go under the knife.

One story pushed by state media this year was a young student who started getting cosmetic surgery with her mother’s permission when she was underage and now claims to have had more than 100 procedures.

NPC representative Wang Jiajuan proposes banning minors from receiving non-medically essential plastic surgery, and that laws should be tightened to require children’s guardians to be physically present when signing off on procedures, according to state media.

Food delivery workers should have their workdays capped at eight hours, and China’s all-powerful delivery apps should be fined if they fail to provide social security for their drivers, NPC delegate Zhu Lieyu proposes.

Many drivers are migrant workers who work for long hours on dangerous city streets.

Food delivery giants like Meituan have faced regulatory scrutiny as authorities target what they call monopolistic behaviour, as well as a lack of legal protections and benefits for delivery drivers.

But social media users have been sceptical of Zhu’s proposal, with many pointing out that shorter hours could mean a pay cut for drivers.

He has warned its vagueness leaves it open to “selective enforcement” by authorities.

But Zhu’s proposal is unlikely to reach the Chinese parliament as the crime is frequently used by the government to lock up dissidents and activists — precisely because of its wide interpretation.

In this article:China, Law, Parliament