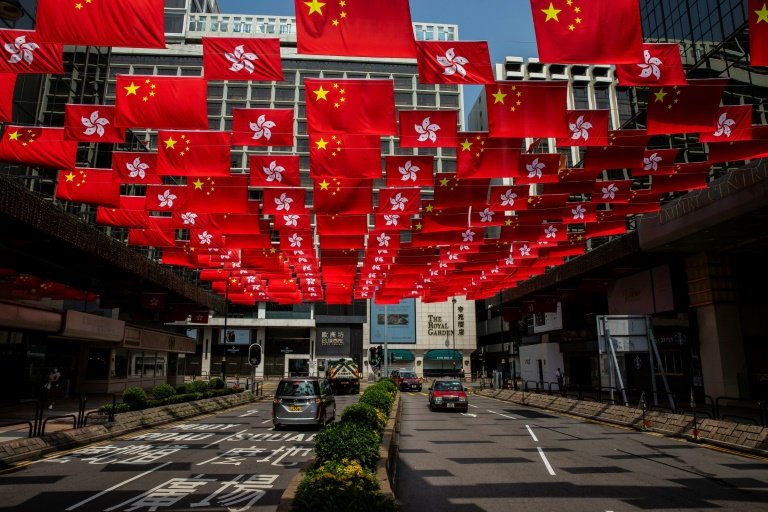 A Hong Kong man who chanted protest slogans was found guilty of inciting secession on Monday in the second national security case to come to trial as authorities wield a sweeping new law to snuff out dissent.

Ma Chun-man, a 31-year-old former food delivery driver, was convicted by a judge of trying to separate Hong Kong from China by chanting slogans, displaying placards and through interviews with reporters last year.

China imposed a national security law last June in response to massive and often violent democracy protests, a move that has brought mainland-style political speech curbs to the once outspoken business hub.

The city’s debut national security trial took place in July when a man was convicted of terrorism and secession after he rode his motorbike into police while flying a protest flag.

But Ma’s prosecution was more of a legal weather vane because — much like the vast majority of upcoming national security trials — his offences did not involve a violent act and centred purely around his political views.

Prosecutors said slogans Ma used that incited secession included “Liberate Hong Kong, revolution of our times”, “Hong Kong independence, the only way out”, “Hong Kongers, build our own country”, “One nation, one Hong Kong” and “All shall be valiant, start armed uprising”.

National security judges previously ruled in the July trial that “Liberate Hong Kong, revolution of our times”, a popular protest slogan, could be deemed secessionist.

Ma’s lawyers said their client did not intend to incite secession and was merely trying to prove “exercising freedom of speech is not unlawful”.

His slogans, they argued, were “empty words” and “a fool’s ravings” that did not reflect any plan or resources.

But Stanley Chan, one of the judges specially chosen by the government to try cases under the security law, disagreed.

“The defendant was constantly, unreservedly inciting others to commit acts that are explicitly banned in… the national security law,” he said.

“On the basis of this analysis, I found the defendant guilty of the charge.”