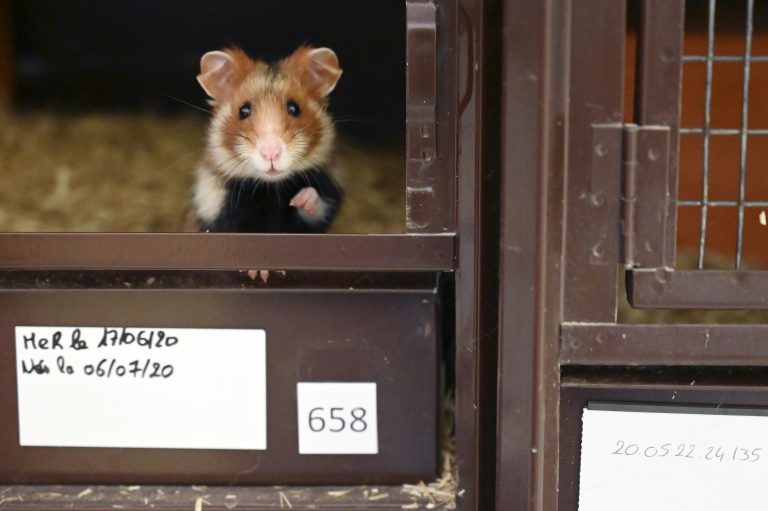 Hong Kong will cull hundreds of hamsters after some tested positive for the coronavirus, officials said Tuesday, as the city pushes to maintain its strict “zero-Covid” strategy.

The Chinese territory’s staunch adherence to the mainland’s “zero-Covid” policy has kept the number of cases low, but maintaining it has cut the finance hub off from the rest of the world for the last two years.

The decision to cull about 2,000 hamsters and other small animals comes after health officials recorded Covid cases at a Hong Kong pet shop.

The employee was found to be infected with the Delta variant, which has become rare in Hong Kong.

“Internationally, there is no evidence yet to show pets can transmit the coronavirus to humans, but… we will take precautionary measures against any vector of transmission,” Chan said during a press conference.

Eleven preliminary positive samples were found on hamsters for sale at the Little Boss pet shop in the bustling shopping district of Causeway Bay.

Officials believe they were imported from the Netherlands and urged anyone who bought a hamster after December 22 to give up their pet for culling.

About 1,000 animals from Little Boss and its warehouse will be seized and put down, while staff and customers have been sent for testing.

Health officials also issued quarantine orders for around 150 people who visited the pet shop as well as more than 20 warehouse employees.

The shop was shuttered Tuesday.

Another 1,000 hamsters from dozens of other pet shops across Hong Kong will also be killed and the businesses have been ordered to close temporarily.

Imports of small mammals will be suspended, officials added.

Deputy agriculture chief Thomas Sit defended the cull as a precautionary measure when asked why the decision was made without a clear scientific basis.

“They should not abandon their pets on the streets under any circumstances.”

Reaction from hamster lovers in Hong Kong was swift — and angry.

“Is there anyone who can save the hamsters and other small animals?” said one person in a Facebook group called Hamster Blog HK — which boasts more than 10,000 members.

Another ridiculed officials over the cull, telling them to “go to Wuhan and help the bats there wear two masks”, referring to the Chinese city where Covid-19 first emerged two years ago.

In this article:covid, Hong Kong, Omicron