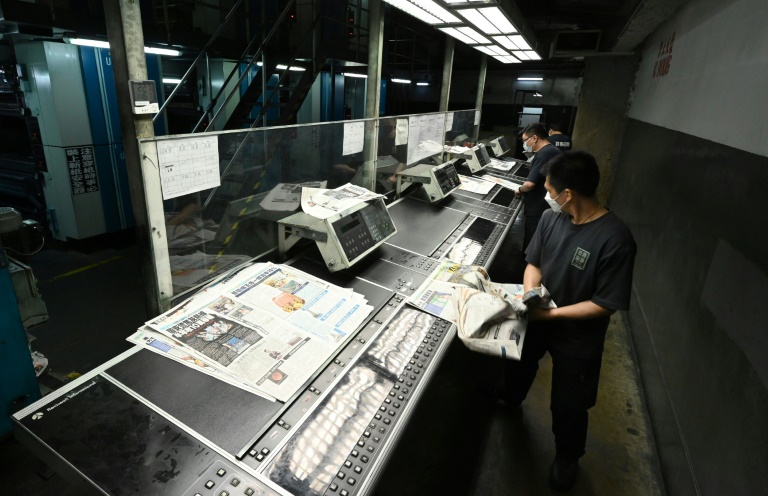 The sudden death of the outspoken tabloid is the latest blow to Hong Kong’s freedoms and deepens unease over whether the international finance centre can remain a media hub as China seeks to stamp out dissent.

Hundreds gathered outside the paper’s headquarters on Wednesday evening, shouting messages of support and shining mobile phone lights as journalists put together the swansong edition. 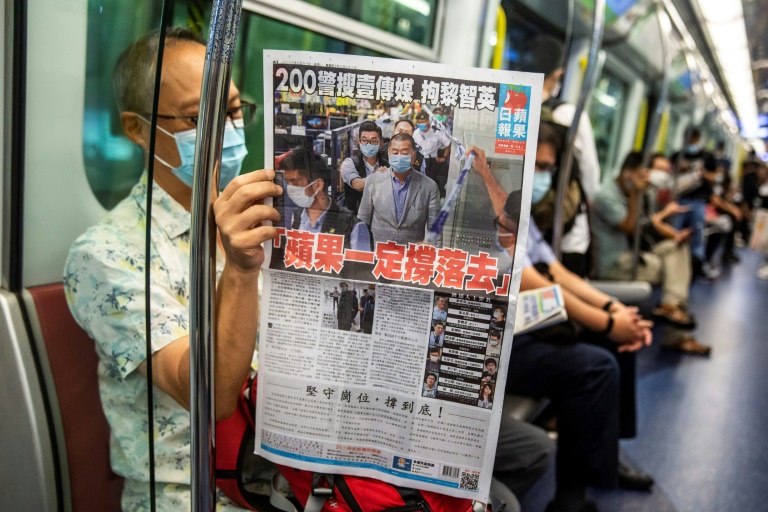 That was the story editors chose for the front page — a picture of those crowds with the headline: “Hong Kongers bid a painful farewell in the rain: ‘We support Apple Daily’.”

Hong Kong’s most popular tabloid had long been a thorn in Beijing’s side, with unapologetic support for the city’s pro-democracy movement and caustic criticism of China’s authoritarian leaders.

Those same leaders have used a new security law to bring about its rapid demise.

Owner Jimmy Lai, currently in jail for attending democracy protests, was among the first to be charged under the law after its imposition last year.

But the final chapter was written over the last week when authorities deployed the security law to raid the newsroom, arrest senior executives and freeze its assets.

That last move crippled the paper’s ability to conduct business and pay staff.

“I have tens of thousands of words in my heart but I am speechless at this moment,” Ip Yut-kin, chairman of the paper’s parent company Next Digital, told AFP.

“Hong Kongers lost a media organisation that dared to speak up and insist on defending the truth,” eight local journalist associations said in a joint statement, as they called on colleagues to dress in black on Thursday. 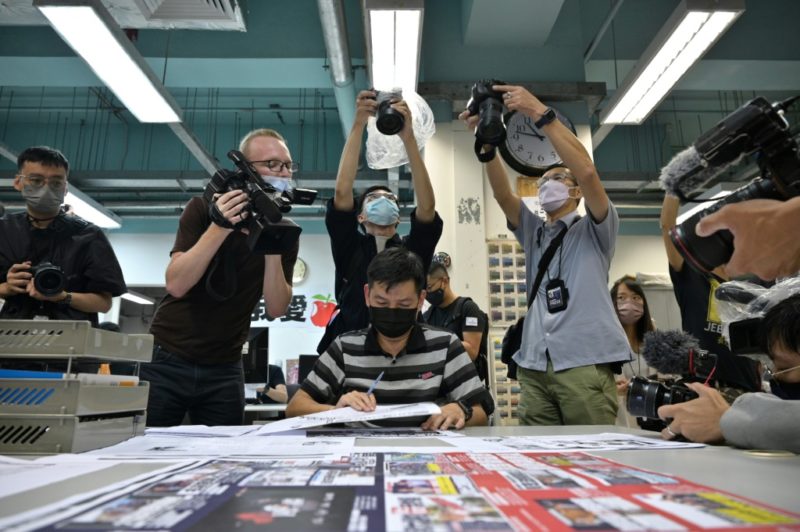 Members of the press take photos as executive editor in chief Lam Man-Chung (C) proof reads the next day’s ‘Apple Daily’ newspaper before it goes to print for the last time. — Photo: © AFP

British foreign secretary Dominic Raab accused Hong Kong’s authorities of spearheading a “forced closure” of the paper, describing it as “a chilling demonstration of their campaign to silence all opposition voices”.

China imposed its security law on Hong Kong last year after the city was convulsed by huge and often violent democracy protests.

The prosecution of Apple Daily was sparked by articles and columns that allegedly supported international sanctions against China, a view now deemed illegal.

Lai, chief editor Ryan Law and CEO Cheung Kim-hung have all been charged with colluding with foreign forces to undermine China’s national security and remanded into custody.

On Wednesday Yeung Ching-kee, one of the paper’s top columnists, was arrested on the same charge.

The decision to freeze Apple Daily’s assets also laid bare the sweeping powers now at the disposal of Hong Kong authorities to pursue any company deemed to be a national security threat. 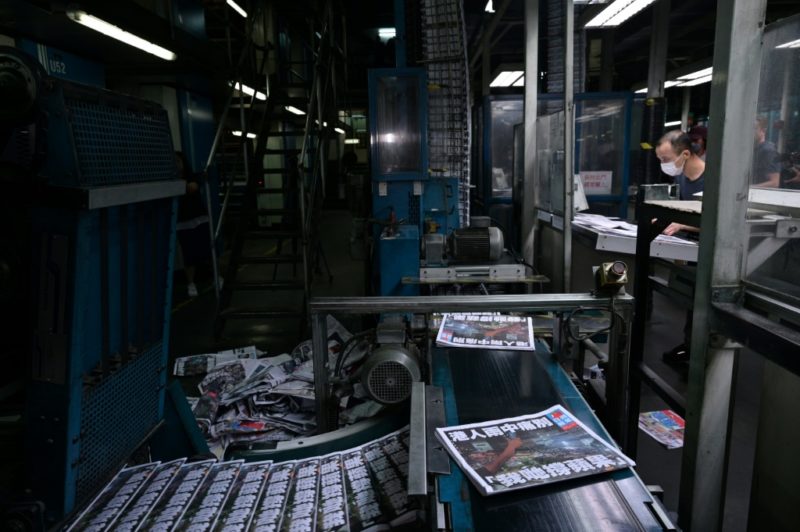 The sudden death of the outspoken tabloid is the latest blow to Hong Kong’s freedoms as China seeks to stamp out dissent. — Photo: © AFP

But many local and international outlets are questioning whether they have a future there.

“Every journalist in Hong Kong now has a metaphorical gun pointed at their heads,” Sharron Fast, a lecturer at the University of Hong Kong’s journalism school, told AFP.

“When the result of your writing can lead to lifetime imprisonment -– you are being censored. Apple will not be the last — just the latest.”

Hong Kong has plunged down an annual press freedom ranking by Reporters Without Borders, from 18th place in 2002 to 80th this year. Mainland China languishes at 177th out of 180, above only Turkmenistan, North Korea and Eritrea.

China and Hong Kong’s authorities have hailed the security law for successfully restoring stability after the 2019 demonstrations and said media outlets must not “subvert” the government.

Authorities initially said the law would only target “a tiny minority”.

But it has radically transformed the political and legal landscape of a city that China promised would be able to keep key liberties and autonomy after its 1997 return.

On Wednesday the first trial under the new law got under way for a man accused of riding a motorbike into police officers.

His trial is not being heard by a jury, a major departure from Hong Kong’s common law traditions.

His case is unusual because he is the only Hong Konger so far charged under the security law with an explicitly violent act.

More than 60 people have now been charged under the law, including some of the city’s best-known democracy activists, but their offences are related to political views or speech that authorities have declared illegal.