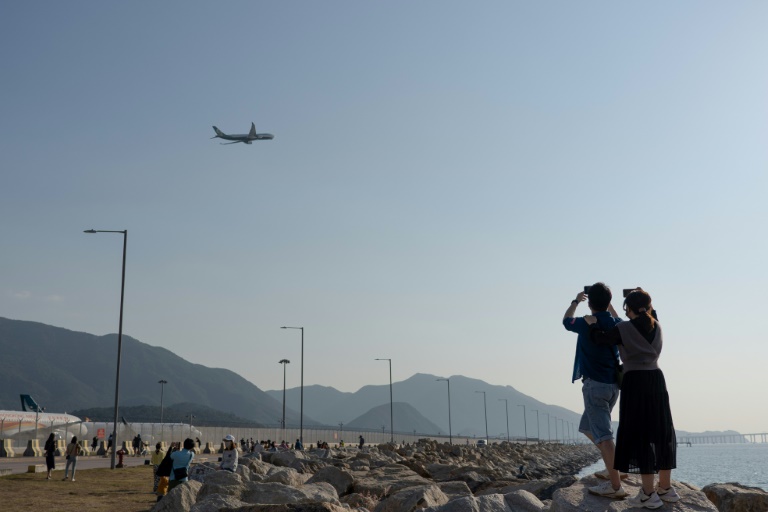 Hong Kong announced a ban on passengers from more than 150 nations transiting its airport on Friday as China ramps up strict anti-virus travel measures ahead of the Winter Olympics.

The move deepens Hong Kong’s global isolation and comes as Beijing battles to stamp out a flurry of Delta and Omicron outbreaks in the only major economy still pursuing a staunch zero-Covid strategy.

Like mainland China, Hong Kong has maintained some of the world’s harshest measures throughout the pandemic — including weeks-long quarantines, targeted lockdowns and mass testing.

The Chinese business hub ranks territories into categories based on how widespread their Covid-19 infections are, with 153 countries currently classified as Group A — from which arrivals must spend 21 days in quarantine.

Hong Kong’s airport said anyone who has spent time in the last three weeks in any of those countries would be banned from transiting from Sunday.

The city is battling a small outbreak of the Omicron variant that began with returning Cathay Pacific flight crew who breached home quarantine rules.

It has reimposed strict social distancing rules, including closing gyms and halting restaurant dining after 6 pm, and has said Cathay Pacific might face legal action.

Cathay Pacific is already flying only a fraction of its pre-pandemic routes and many of its long-haul flights transit through its home city.

Other airlines have dramatically scaled back routes to Hong Kong or begun avoiding it all together because of the quarantine rules.

It is not clear whether the transit suspension will impact the Winter Olympics, with many athletes and officials expected to travel to China via Hong Kong in the coming days ahead of next month’s opening of the Games.

The suspension was first reported by Bloomberg News this week citing sources who said it would not apply to diplomats, officials and athletes heading to the Olympics.

But the Hong Kong airport statement on Friday listed no exemptions for Olympic delegates and a spokesperson did not immediately reply to a request for clarity.

Mainland China is battling its own coronavirus outbreaks in several cities, testing the country’s strict “zero-Covid” strategy just weeks ahead of the Games, which will be held in a bubble that seals all participants off from the wider population.

About 13 million people in the historic city of Xi’an were sent into lockdown last month after the Delta variant was detected silently spreading.

On Thursday officials said some sections of the city could now be deemed lower risk, suggesting the outbreak there might be easing.

But the highly contagious Omicron variant has also been detected, initially in the port city of Tianjin which is close to both Beijing and Olympic venues.

Multiple rounds of mass testing have been rolled out across the city as well as partial lockdowns, with car giants such as Toyota and Volkswagen having to halt production.

From Tianjin, Omicron has spread to the city of Anyang, population 5.5 million, which was sent into lockdown along with Dalian, another key port city.

Cases have also been detected in the southern tech hub of Shenzhen, which boasts a key container port, with rounds of mass testing and some travel restrictions implemented.