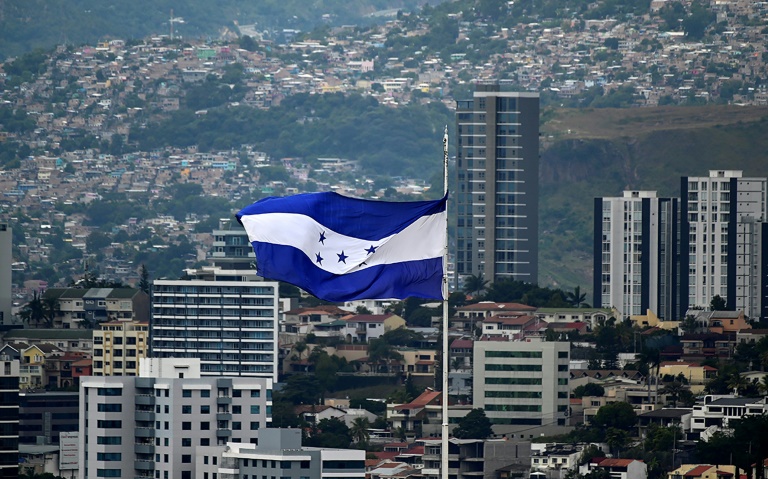 Honduras braced for potential violence as polls opened on Sunday to elect a new president to replace Juan Orlando Hernandez, a controversial figure accused of drug trafficking in the United States.

Voters queued up from dawn at some polling stations before they opened officially at 7:30 am (1330 GMT).

“I call on everyone to proceed with this process in peace, calm, without fear and without violence,” said National Electoral Council president Kelvin Aguirre.

More than five million people are registered to vote in what is expected to be a tight race.

Opposition fears of a rigged poll and reports of pre-election intimidation have led to tension.

“If the PN wins the election, even legitimately, there will be a worrying level of violence,” political analyst Raul Pineda, a lawyer and former PN lawmaker, predicted to AFP.

Four years ago, Hernandez won an unconstitutional second successive term amid cries of fraud from the opposition and international observers.

That sparked a widespread month-long protest, with the subsequent government crackdown leaving more than 30 people dead.

“We are afraid because we work close to where the votes are counted,” Luis Andino, 27, a Tegucigalpa street vendor, told AFP.

“We’re afraid of losing our jobs if there are riots … and we get kicked out of here.”

The concerns come for a country already ravaged by violent gangs, drug trafficking and hurricanes, in which 59 percent of the population of 10 million live in poverty.

“A kind of paranoia has developed, people are preparing for war” by stocking up on food and water, said Pineda.

But he insists that pressure from Washington — which wants to reduce the triggers for mass Central American mass migration to the US — along with a large corps of international observers, should at least ensure a transparent vote.

The crucial moment will come three hours after polls close at 5:00 pm, when the National Electoral Council (CNE) is due to announce early results, Gustavo Irias, executive director of the Center for Democracy Studies, told AFP.

“To avoid (violence) will depend on the attitude taken by different political actors, election observers and the US embassy.”

Some 18,000 police and as many soldiers will be on duty around the country.

The PN has been in power since Manuel Zelaya — Castro’s husband — was ousted in a 2009 coup supported by the military, business elites and the political right.

Corruption and drug-trafficking scandals have engulfed Hernandez and many of his inner circle in recent years, including Asfura.

Hernandez’s brother Tony is serving a life sentence in a US prison for drug trafficking.

Drug barons that the president helped extradite to the US have accused him of involvement in the illicit trade.

Asfura was accused in 2020 of embezzling $700,000 of public money and was also linked in the Pandora Papers to influence-peddling in Costa Rica.

The third major candidate of 13 in the presidential race, the Liberal Party’s Yani Rosenthal, spent three years in a US jail after admitting to laundering drug-trafficking money.

These scandals have played into former first lady Castro’s hands.

“Honduras is internationally known as a narco-state but there are no narco-states, only narco-governments,” said analyst Pineda.

“People won’t vote for Xiomara (Castro), they will vote against Juan Orlando Hernandez and what he represents.”

Castro, of the LIBRE party, led some opinion polls in October by 12 to 17 percentage points.

For many voters, the main issue is jobs.

Unemployment jumped from 5.7 percent in 2019 to 10.9 percent in 2020, largely because of the coronavirus pandemic, according to a study by the Autonomous University.

The country was also ravaged by two hurricanes in 2020.

As he begged for money at a traffic light with his eight-month-old daughter in his arms, Elvin Aguilar, 32, said he was hoping the new government would provide “work and everything else.”

Hondurans will also elect the 128 members of the National Congress and 20 representatives of the Central American parliament.