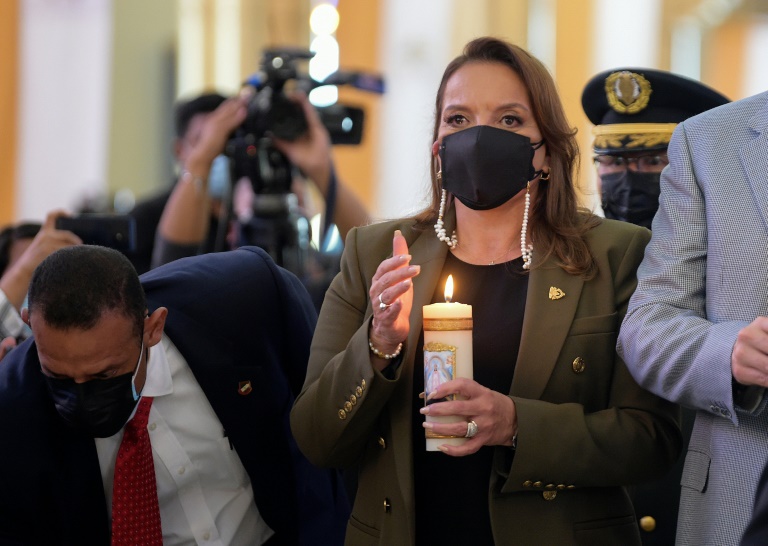 Honduras’ new president, leftist Xiomara Castro, who came to power promising to fight corruption, granted amnesty Saturday to many officials who served in her husband’s government more than a decade ago.

The measure was approved on Thursday by the legislature led by Luis Redondo, a Castro loyalist, amid an ongoing dispute with a rival congressional faction over who should lead the body.

Despite that, Castro has pushed ahead with the amnesty and the measure was published Saturday in the Official Gazette, which gave it force of law.

The move drew criticism even from her new special advisor on transparency.

The unconditional amnesty is for officials who served in her husband’s government and those who were imprisoned for demonstrating against the re-election of President Juan Orlando Hernandez in 2017. He was Castro’s predecessor.

Zelaya was overthrown in 2009 by a civic-military alliance, which questioned his closeness to Venezuela’s socialist government.

Anti-corruption activists have claimed Castro’s pardons could cover the past deeds of people who engaged in corruption.

Castro replaced the right-wing Hernandez, who left power dogged by allegations of drug trafficking and corruption in a country where at least 60 percent of the 10 million inhabitants live in poverty.

Elected in November, the country’s first woman president faces an uphill struggle to reform a country with one of the highest murder rates in the world. Tens of thousands of its citizens have tried to flee to the United States.

In this article:corrupcion, gobierno, honduras, politica