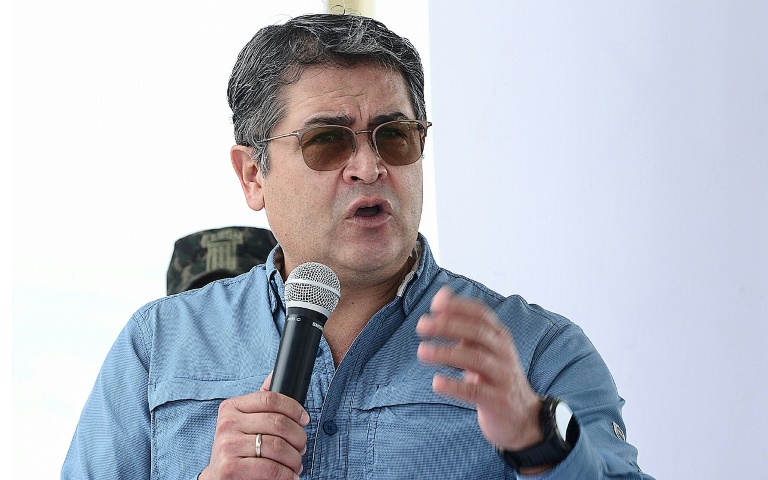 A judge in Honduras on Wednesday granted the extradition of former president Juan Orlando Hernandez to the United States where he is wanted for alleged drug trafficking, the Central American country’s Supreme Court of Justice said on Twitter.

A judge “decided to accept the request for extradition presented by the Court of the Southern District of New York against ex-president of the republic Juan Orlando Hernandez Alvarado,” the court said.

The decision can still be appealed within the next three days, judiciary spokesman Melvin Duarte said, in which case the Supreme Court’s panel of justices would weigh in.

The former president, who held office from 2014 to 2022, is accused of having facilitated the smuggling of some 500 tons of drugs — mainly from Colombia and Venezuela — to the United States via Honduras since 2004.

US prosecutors have alleged Hernandez received millions of dollars from drug traffickers for protection — including from Mexican narco kingpin Joaquin “Chapo” Guzman.

He faces three charges: conspiracy to import a controlled substance into the United States, using or carrying firearms including machine guns, and conspiracy to use or carry firearms.

New York prosecutors linked the former president to the crimes during the trial of his brother, former Honduran congressman Tony Hernandez, who was sentenced to life in prison in the United States for drug trafficking in March 2021.

Before his eight-year presidency, Hernandez led the country’s Congress, taking a pro-US stance and supporting Washington’s fight against drug trafficking.

In this article:honduras, Justice, Politics, US