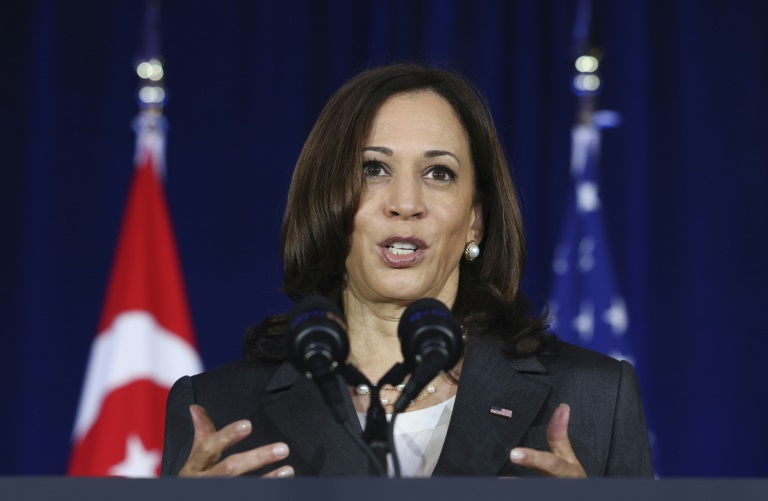 US Vice President Kamala Harris accused Beijing on Tuesday of intimidation in hotly disputed waters as she sought to rally Asian allies against China and shore up US credibility in the wake of the chaotic withdrawal from Afghanistan.

Her comments in Singapore came as Washington seeks to reset relations in Asia after the turbulent Donald Trump era and build a bulwark against the rising might of Beijing.

But her trip to the region, which also includes a stop in Vietnam, comes as Washington faces fresh questions over its dependability amid the US pullout from Afghanistan and Taliban takeover.

In a speech laying out her administration’s foreign policy goals, Harris reiterated that Washington had “enduring commitments” in Asia — and took aim at China.

“Beijing continues to coerce, to intimidate and to make claims to the vast majority of the South China Sea,” she said.

“Beijing’s actions continue to undermine the rules-based order and threaten the sovereignty of nations.

“The United States stands with our allies and partners in the face of these threats.”

China claims almost all of the resource-rich sea, through which trillions of dollars in shipping trade passes annually, with competing claims from four Southeast Asian states as well as Taiwan.

Beijing has been accused of deploying a range of military hardware including anti-ship and surface-to-air missiles there, and ignored a 2016 international tribunal decision that declared its historical claim over most of the waters to be without basis.

Tensions have escalated in recent months between Beijing and rival claimants.

Manila was angered after hundreds of Chinese boats were spotted inside the Philippines’ Exclusive Economic Zone, while Malaysia scrambled fighter jets to intercept Chinese military aircraft that appeared off its coast.

But the Afghan crisis and doubts about US credibility are casting a long shadow over Harris’s visit.

In Tuesday’s speech, she defended Biden’s decision to push ahead with the US pullout from Afghanistan as “courageous and right” and reiterated US officials were “laser-focused” on the chaotic evacuation from Kabul airport.

She will hold talks later Tuesday with business leaders in Singapore on supply chain issues, including the global microchip shortage, before heading to Hanoi.