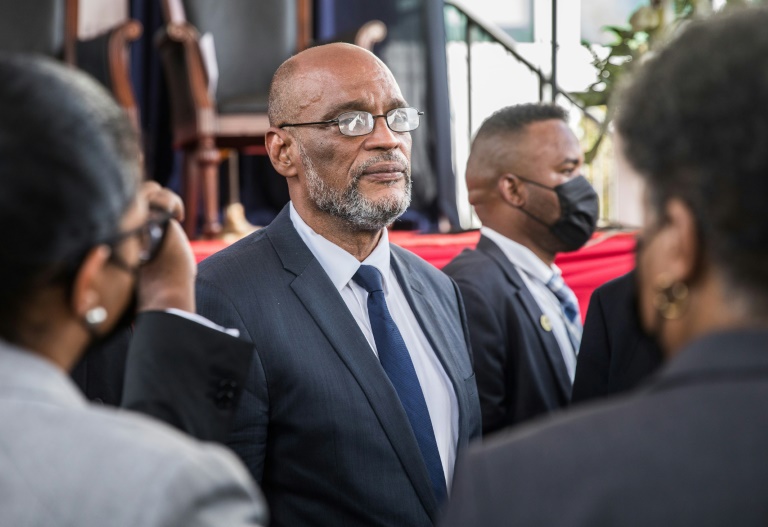 Haitian opposition parties and civil society groups said Wednesday they would not join the government of the crisis-hit country’s new prime minister.

The day after Ariel Henry took office, the opposition called for further discussions to reach a political agreement ahead of holding long-delayed elections, which the new premier has pledged to organize.

Henry was installed as head of a new government in an attempt to stabilize a country since the murder of president Jovenel Moise at his residence in the early hours of July 7.

“Any government installed without a broad enough consensus is illegitimate and will only aggravate the situation,” Andre Michel, spokesman for the opposition Democratic and Popular Sector, told AFP in reference to Henry’s line-up of 18 officials, five of whom are women.

Michel added his party was working with various groups to “bring about a lasting Haitian solution as soon as possible to avoid chaos.”

The swearing-in of Henry, who was named to the post by Moise days before his death, was seen as a key step towards holding elections as demanded by many Haitians and the international community.

In addition to running the government, the 71-year-old neurosurgeon will serve as minister of social affairs and labor.

But opposition member Edmonde Supplice Beauzile said the new government “does not inspire confidence to promote a calm climate for the organization of general elections.”

“We demand a political agreement to decide together on a roadmap and a consensus government,” added the former senator and head of Fusion of Haitian Social Democrats.

After president Moise was killed by armed commandos, acting prime minister Claude Joseph declared a “state of siege” and said he was in charge, launching a power tussle in the violence-wracked, impoverished Caribbean nation.

In the new government, Joseph, who agreed to stand down and cede the role to Henry, returned to his former post as foreign minister.

The balance tipped in Henry’s favor over the weekend when an informal group of ambassadors — including from the United States, France and United Nations — known as the “Core Group” threw their support behind him.

The US embassy on Tuesday praised the inclusion of civil society groups in the new government.

But civil society activist Jacques Ted St Dic, said the Commission to Search for a Haitian Solution to the Crisis — a coalition established earlier this year to tackle Haiti’s multiple challenges — did not differentiate between the governments of Joseph and Henry.

“They are both international inventions through BINUH (the United Nations Integrated Office in Haiti),” he said.

“The Core Group are acting more and more amateurishly to prevent the Haitian people from exercising their sovereignty,” he added.

Velina E. Charlier, of the organization Nou Pap Domi, said the group believed “only a government of consensus will be able to restore confidence.”