The new agreement is for 12 years (2018 through 2029), and was reached after more than 12-months of negotiations, and will continue a decades-long suspension of commercial salmon fishing that dates back to 1991. Little in the way of details were revealed on the financial arrangements in the agreement, but the ASF was adamant in saying that no government money is involved. 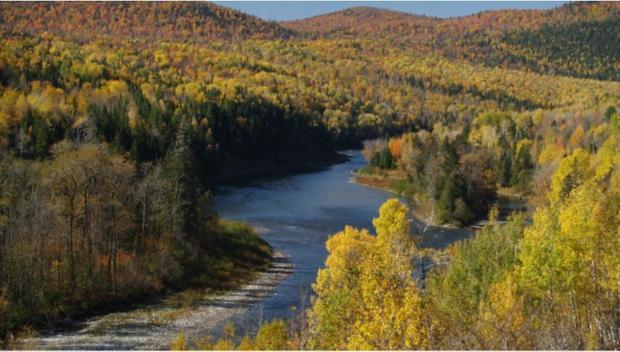 So putting a ban on fishing these waters could help in saving salmon that return to rivers like the Penobscot River in the US and the St. John River in Canada, where those salmon populations are already endangered. The ban also helps save the salmon in such iconic rivers like the Tweed in Scotland, Iceland’s Big Laxa, and the Alta in Norway, according to the press release.

“Significantly reducing the harvest of wild Atlantic salmon on their ocean feeding grounds is meaningful and decisive, not only for salmon conservation but also for global biodiversity and the health of our rivers and oceans,” said ASF President Bill Taylor.

‘“The best way to save North Atlantic salmon is to reduce the number killed,” stated NASF US Chairman Chad Pike. “The unique ocean environment surrounding Greenland and the Faroe Islands is where large, mature fish from over 2,000 rivers throughout the North Atlantic are known to spend their winters feeding. These conservation agreements create sanctuaries for wild salmon at these critical habitats, which is a historic win for salmon conservation.”

Salmon numbers are critically low
Salmon stocks have dropped to alarming levels, according to ZME Science, due to a number of factors, including overfishing, and ecosystem shifts caused by climate change, among others.

It may be hard to imagine, but in the 1970s and ’80s, there were roughly about 1.8 million individual salmon returning to salmon runs in North America. By 190, the number had dropped to under 418,000. Through the efforts of the ASF, those dismal numbers have been propped up to about 600,000.

But even with a bit of help from the ASF, things are still not looking well for wild salmon. Many salmon runs in California, Oregon, Idaho, Washington, and southern British Columbia are seeing less than 10 percent of historic numbers and some salmon runs are non-existent today, according to this paper written in 2017.