The United States is the world’s second largest producer of hops, with almost all of the nation’s commercial hopyards located in just three states, Washington, Oregon and Idaho.

In 2015, Washington State produced 71 percent of the nation’s hops, with Oregon producing 15 percent and Idaho producing 11 percent. Even while the other 47 states have been increasingly planting commercial hopyards to meet the demand of craft brewers, the production only amounts to about three percent of total acreage.

The Yakima Valley in Washington State is a prime region for growing hops. Lying in the shadow of the Cascade Mountains, the valley receives about 7 to 10 inches of rainfall annually. Summers are hot and dry, ideal growing conditions for the hops plant. Planting is usually in early May when the soil is tillable with harvest taking place from mid-August to mid-September. 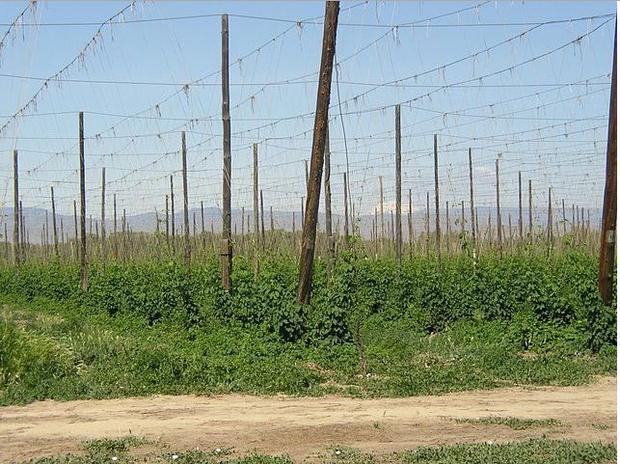 With these ideal conditions, hops production has flourished in the Yakima Valley, but according to NOAA, the extreme heat in the region last year impacted hop production. Last year, global temperature records were shattered, with Washington State experiencing record heat and dry conditions.

Not only did Washington Governor Jay Inslee have to declare a drought emergency in May last year because of the record low snowpack, but the state also suffered a drastic fire season, with the massive Okanogan Complex surpassing 2014’s record-setting Carlton Complex fire, reports EcoWatch.

Surprisingly, hop growers managed to beat the heat and drought, producing record harvests of some 59.4 million pounds, despite suffering losses in some varieties like Willamette and Centennial that are sensitive to extreme heat. Growers relied heavily on groundwater and other sources, much like produce growers in California.

However, while hop growers were lucky, and may be lucky again in 2016, the climate is changing, and not for the better. The hot and dry conditions experienced in the past few years will only continue, and could possibly get worse.

Guillaume Mauger, a research scientist at the University of Washington’s Climate Impacts Group, told NOAA climate models show that 2015’s warmth will become the “new normal” for decades to come. Mauger also said that while precipitation is not expected to change much, more winter precipitation will fall as rain, rather than snow.

Oregon and Idaho have also been experiencing the same weather conditions as Washington, with drier than normal conditions and decreasing snowpack. The conditions seen in the Northwest are not the only hops growing regions being affected by climate change, though. The Hallertau in Germany has more hops growing areas that any country on Earth. 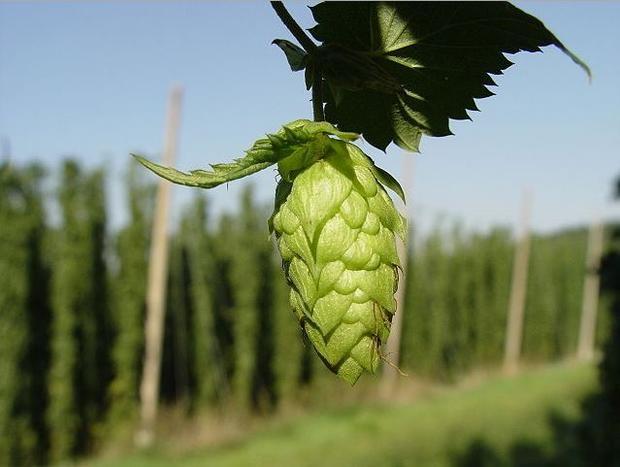 Hop flower in a hop yard in the Hallertau, Germany.
Unknown

However, Germany saw a 26 percent decrease in hops production in 2015 due to drought conditions. This is significant, especially with the probability that drought-like conditions are expected to continue. The U.S. and Germany alone supply nearly one-third of the hops used worldwide.

A decrease in crop production is not the only worry. Water scarcity is also a major problem. Water makes up 90 to 95 percent of all beers, including craft beers. California brewers are already having to resort to groundwater instead of using river water to make their beer. But groundwater is mineral-heavy and produces an unpleasant taste say some brewers.

It is possible that beer will end up along with chocolate, wine, and coffee, products that have already succumbed to the whims of climate change.

Green Thumbs Up is a weekly feature that looks into ways we can live more sustainable and environmentally-friendly lives. If you missed last week’s Green Thumbs Up, please go HERE.