The region encompassing Pamir, the Hindu Kush, Himalayan mountains and the Tibetan Plateau is widely known as the Third Pole. The region’s ice fields contain the largest reserve of fresh water outside the polar regions.

Looking at the Tibetan Plateau, it is the largest and highest plateau on Earth and is the source of 10 major river systems, supplying irrigation, power and drinking water to over 1.3 billion people, almost 20 percent of the world’s population.

Using Landsat data to form a comprehensive inventory
The importance of this Third Pole region cannot be dismissed, especially with global warming, and this is one of the reasons the inventory and study of the glacial lakes in the region was undertaken by the Institute of Tibetan Plateau Research, under the Chinese Academy of Sciences.

Additionally, accurate information was lacking on the distribution, actual numbers of lakes, and changes in the glacial lakes that might have occurred due to global warming. To get the data needed for the inventory, Landsat TM/ETM photos plus the data was used. Glacial lake spatial distributions, corresponding areas, and temporal distribution changes were then studied and calculated.

The lakes were primarily located in the Brahmaputra (39 percent), Indus (28 percent), and Amu Darya (10 percent) basins. The researchers described three interesting changes in glacial lakes:
(1.) Small lakes (< 0.2 km2), are much more sensitive to climate change. (2.) Lakes that are closer to glaciers, and at higher altitudes, particularly the lakes connected to the termini of glaciers have undergone large changes in area. (3.) Glacier-fed lakes are dominant in both quantity and overall area. They also are showing a much faster expansion rate than non-glacier fed lakes. 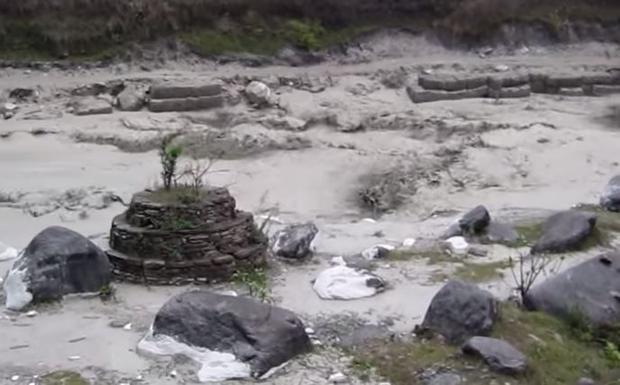 This devastating Glacial outburst flood hit around 8:30 AM and remained until 12:45 PM. This destructive flood killed many people and affected hundreds more people in Pokhara, Nepal in 2012.
Amrit Banstola

This most interesting study was published in the journal Global and Planetary Change on June 2, 2015, under the title: “An inventory of glacial lakes in the Third Pole region and their changes in response to global warming”