Mexican President Lopez Obrador campaigned on fighting corruption in the energy sector, but for now, he seems to be fighting a losing battle. In recent days, more than 1,000 stations in the states of Colima, Guanajuato, Hidalgo, Jalisco, Michoacan, Nayarit and Queretaro have experienced fuel shortages, according to Stratfor Worldview.

Hardest hit have been gas stations in the state of Michoacán, with over 90 percent of the gas stations in its capital city, Morelia, forced to close. Business owners in Michoacán first began reporting gas shortages on December 31.

The state oil company, Pemex has not explained the cause of the shortage, however, President Obrador said Thursday that authorities are still investigating the source of the problem.

In a Twitter post on New Year’s Eve, federal lawmaker Ana Lilia Guillén Quiroz posted a terse comment directed at Pemex and Energy Secretary Rocío Nahle, writing: “many gas stations are closed in the city of Morelia,” adding that “the few stations that have gasoline are swamped by desperate customers.”

The bigger picture
According to Bloomberg, back in November 2018, BP Plc and Total SA were just two international gasoline retailers facing shortages in Mexico due to fuel thefts and the weather.

There were shortages at seven terminals owned by Pemex, with shortfalls in Mexico City and the states of Mexico, Hidalgo and Queretaro have affected BP, Total and other retailers, according to “an unnamed source with direct knowledge of the situation.”

Mexico’s 2013 energy reform opened the country’s downstream sector – including fuel stations to private investment. Now, that investment is at risk due to the blatant theft of fuel from the pipelines. 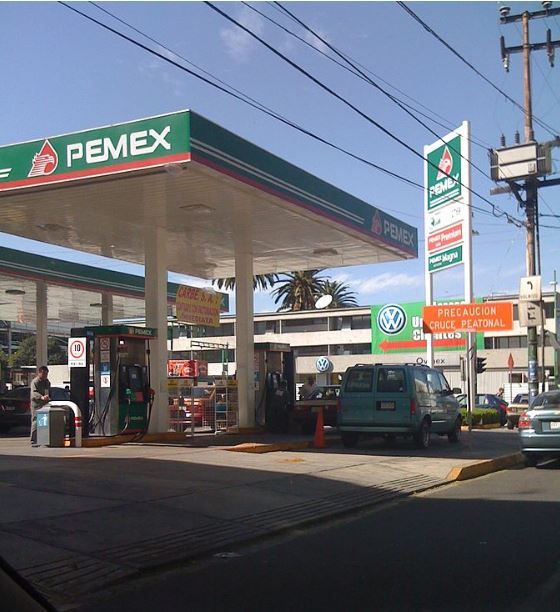 Criminal groups tap gasoline and diesel pipelines to siphon fuel, or even redirect fuel directly from refineries and storage terminals to new destinations for sale on the black market. The sad part is that a few Pemex employees are allegedly allowing this to happen.

The allegations prompted Mexican President Lopez Obrador to move against corrupt employees of state-owned Pemex. The government was forced to deploy troops to the Salamanca refinery on Dec. 27 as part of an effort to curb fuel theft abetted by employees at Pemex.

There will obviously be further investigations and audits that could lead to additional short-term shortages, but in the long run, it will be good for those international fuel suppliers that have invested in Mexico’s energy sector.

Illegal taps on fuel pipelines increased by 45 percent in the first 10 months of 2018, according to Pemex, and the total number of perforations was over 15,000.