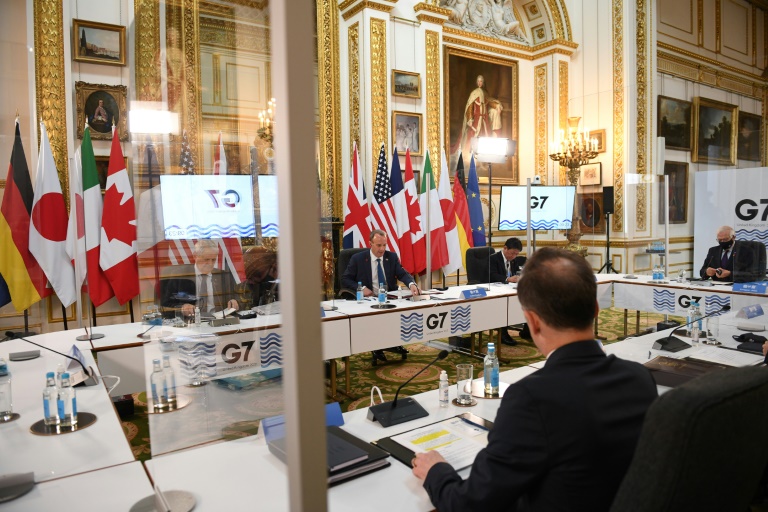 The Group of Seven wealthy democracies on Tuesday discussed how to form a common front towards an increasingly assertive China in the foreign ministers’ first in-person talks in two years.

Backing US President Joe Biden’s calls for a deeper alliance of democracies, host Britain invited guests including India, South Korea and Australia for parts of the talks in central London stretched out over three days.

The foreign ministers welcomed one another with Covid-friendly elbow-bumps and minimal staff as they gathered at Lancaster House, a West End mansion, for a day largely devoted to China — whose growing military and economic clout and willingness to exert its influence have increasingly unnerved Western democracies.

“It is not our purpose to try to contain China or to hold China down,” said US Secretary of State Antony Blinken, who also met Tuesday with British Prime Minister Boris Johnson.

“What we are trying to do is to uphold the international rules-based order that our countries have invested so much in over so many decades to the benefit, I would argue, not just of our own citizens, but of people around the world — including, by the way, China,” Blinken told reporters Monday.

A senior US official said after Tuesday’s session that there had been “no real disagreement of any meaning” within the G7 on China or other issues.

The ministers all voiced alarm about China’s human rights record, amid outrage over the mass incarceration of Uyghur Muslims, as well as on Beijing’s “coercive” economic policies towards other nations, the official told reporters.

The official said the talks were less about coordinating action than finding a common front to bring “like-minded” countries on board.

The European Commission on Tuesday suspended efforts to approve a massive EU investment deal with China, news sure to be welcome in the United States, although officials said it did not come up in G7 discussions.

British Foreign Secretary Dominic Raab called for “holding Beijing to the commitments that they’ve made”, including on Hong Kong, which was promised a separate system before London handed over the colony in 1997.

But in line with the Biden administration, which has shifted the tone if not substance of former president Donald Trump’s hawkish stance on China, Raab also called for “finding constructive ways to work with China in a sensible and positive manner where that’s possible” — including on climate change.

“We want to see China stepping up to the plate and playing its full role,” Raab said.

One of Blinken’s predecessors as secretary of state, Hillary Clinton, said democracies needed to “put tremendous pressure on China in the court of public opinion”.

“I believe that it’s imperative that not just the Biden administration but all of our alliances, join together in making certain demands of China,” she told the Chatham House international affairs think tank in London.

The G7 foreign ministers also discussed the spiralling crisis in Myanmar as well as Syria, Afghanistan, Libya and wide concerns on Russia.

Blinken will head on Wednesday to Ukraine in a show of support after Russia last month amassed and then pulled back 100,000 troops in border regions and Crimea.

The Group of Seven is preparing for a leaders’ summit next month in Cornwall, southwest England, in what will be Biden’s first foreign trip as president.

The US official said that Britain is planning a second foreign ministers’ meeting later in the year of the Group of Seven, which also includes Canada, France, Germany, Italy and Japan.

The second meeting will feature the inclusion of African nations in a bid to bring more focus to issues on the continent, the official said.

Britain has also announced that the G7 finance ministers will meet for the first time in person since the pandemic on June 4 and 5, again at Lancaster house.

“In video conference you just read a paper. There is no interactivity,” Borrell said.