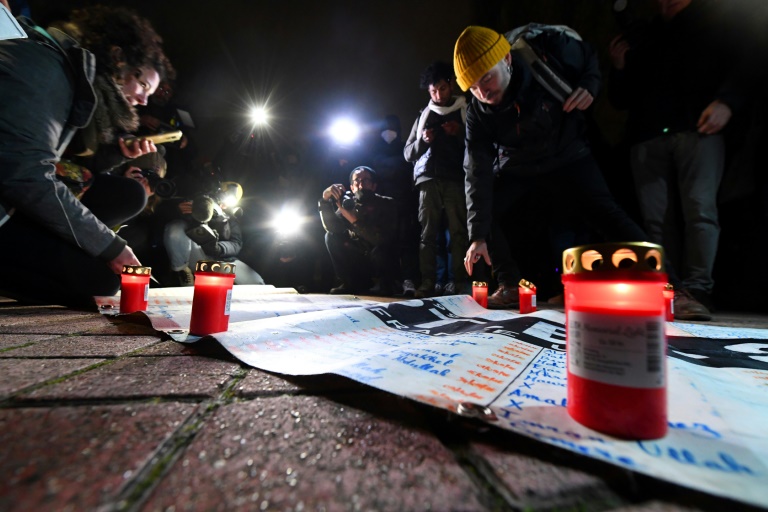 Exactly who were the 27 people who drowned trying to reach Britain this week in the deadliest migrant accident in the Channel?

Activists dedicated to providing a decent burial have launched a painstaking operation in northern France to establish their names and  nationalities and help distant families cope.

Jan Kakar, head of a Paris-based Afghan group, enters the morgue in Lille on Friday afternoon, mobile phone in hand.

It’s already two days since the tragedy off Calais and the bodies await autopsies in the city.

Kakar runs through numerous photographs and messages received on his smartphone.

Eight Afghan families suggest a son, brother, cousin were on the inflatable boat that went down in circumstances that remain unclear.

Kakar scrutinises a photo of one and is trying to figure out if the beaming young man with raven black hair sporting an orange T-shirt really died aboard the vessel.

Those sending the messages still cling to hopes of a mistake, that it was not their loved one. But if it was, they will have to decide whether to repatriate the body to Afghanistan or bury it in France.

“They have brothers or relatives who are in the Calais camps and who have already confirmed they were on it,” he tells AFP.

“It will take at least a week, perhaps two,” says Samad Akrach, who runs Tahara, an association which pays and takes care of the burial of migrants.

Any unidentified body is kept in a temporary vault. If no family member makes a claim within five years, the remains are placed in an ossuary or incinerated.

“We don’t want that to happen,” says Akrach. “We think everyone deserves to be buried with dignity.”

“We carry out a real investigation.”

Neither the nationalities nor names of the 27 bodies have yet been officially confirmed.

The Paris prosecutor’s office was unable to respond to AFP’s requests for an update, after it took charge Thursday night of the investigation into the tragedy.

Asylum-seekers along the coast who told AFP they had spent time recently with the dead said they were Iraqi Kurds, Iranians and Afghans.

Every time after someone dies trying to reach English shores in hope of a better life, members of local associations, activists, volunteers visit the migrant camps to sift through whatever evidence they can find of the lost lives.

They have called themselves the “death group” since 2017 when they formed “to give back an identity” to migrants who were being buried under an X for unknown.

The small group is used to dealing with one or two cases at a time. On Wednesday, they buried a migrant who died at sea on November 4.

They are not equipped for such a major task.

“Twenty-seven? How can we handle that?” asks volunteer Mariam Guerey, who helped set up the group that monitors social media where news from relatives is often posted.

“We hope for once that the state will take action … it’s an enormous task ahead,” said Juliette Delaplace of French charity Secours Catholique, which often works with asylum seekers.

Meanwhile, Jan Kakar and Samad Akrach have been reduced to waiting around for the authorities in the nearby town of Coquelles to grant access to the bodies, in what they consider a “race against time”.