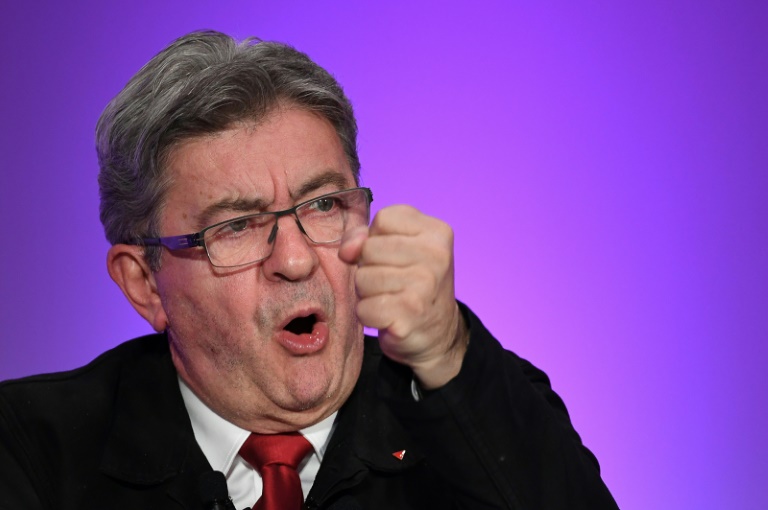 France’s left-of-centre parties were on Tuesday close to a broad alliance for June parliamentary polls, hoping that a united front can offer stiff opposition in President Emmanuel Macron’s second term after a disappointing presidential election.

Greens and Communists look to have fallen into line behind the hard-left France Unbowed (LFI) movement, and the once-mighty Socialist Party (PS) is expected to follow.

“The different parts of the left are not as irreconcilable as all that,” PS negotiator Pierre Jouvet told Europe 1 radio.

He said the talks were “a few steps from a historic agreement” — while acknowledging that there were “some adjustments” to party programmes and constituency allocations to fine-tune before a deal was sealed.

“There are some sticking points, sometimes on policy but mostly about seats,” said LFI negotiator Manuel Bompard.

A strong showing from LFI leader Jean-Luc Melenchon saw him fall just short of reaching the second round run-off in the April presidential vote, while other left candidates were all but wiped out.

After Macron’s presidential win, Melenchon immediately called on voters to “elect him prime minister” and hand the left a National Assembly majority to block the centrist’s plans.

Surveys from recent days suggest most French voters would prefer Macron, widely attacked for his pro-business reforms seen as favouring the rich, to “cohabit” with a prime minister from another political school of thought.

Like the presidential election, the legislative polls in France’s 577 constituencies work in a two-round system — meaning alliances off the bat offer the best chance of making it to the run-off.

“I think that if we’re being reasonable, we have to get things finalised today” with just weeks until the first round on June 12, LFI lawmaker Eric Coquerel said.

At stake in the negotiations are important policy issues — with LFI’s proposal to unilaterally “disobey” the provisions of some European Union treaties a particular sticking point for more moderate potential allies.

Last week, the PS indicated that it could broadly accept 12 of Melenchon’s core policy proposals, including raising the minimum wage, reducing the retirement age to 60 and rolling back labour market reforms.

Party leaders appear determined to press on despite opposition from heavyweights like former president Francois Hollande, in power just five years ago before the Socialists’ precipitous fall from grace.

He has warned the proposed left-wing tie-up could amount to the “disappearance” of the Socialists.

Hollande “set Macron up for us” by naming the former banker economy minister in his government, LFI MP Francois Ruffin retorted on broadcaster BFM on Tuesday.

But other PS figures have called for any alliance deal to be subject to a vote by members — so far brushed off by the party’s negotiators.

Behind the euphoria at overcoming the traditionally fragmented French left’s differences, the junior partners are also eyeing how constituencies will be parcelled out between the parties, with each hoping to run on the united ticket in a maximum of “winnable” seats.

The Greens will run for 100 seats, with 30 seen as winnable, while the PS hopes to add to its existing parliamentary group of 25 MPs.

“Unbelievable that all these people supposedly shot through with principles are ready to abandon all convictions… for a handful of seats,” Sacha Houlie, a pro-Macron MP, tweeted on Monday.

“And they want to govern our country?” he added, potentially foreshadowing the majority’s line of attack on its new opponents.