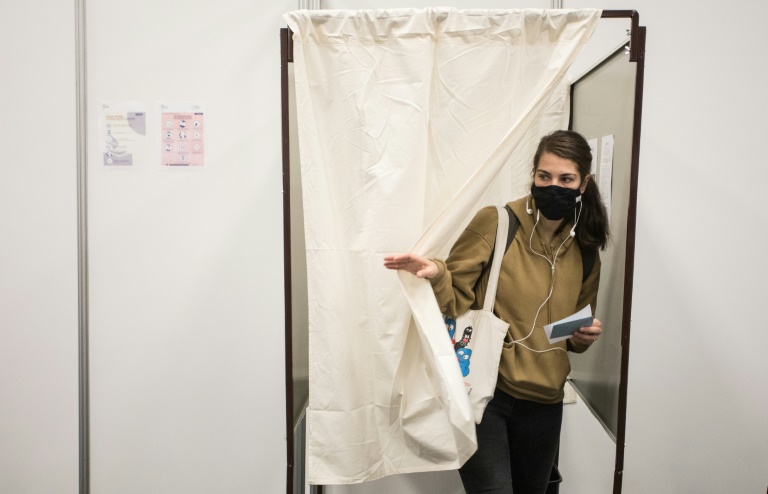 With the stakes high in France’s second-round presidential election, many French citizens in the United States and Canada trooped to polling places Saturday to cast their ballots, a day before their fellow citizens back home.

Centrist incumbent Emmanuel Macron and his extreme-right challenger Marine Le Pen have waged a bitter campaign, and Sunday’s result is expected to be far closer than when the two faced off five years ago.

In the first round, only 30 percent of eligible voters in the Washington voting district — which also takes in five nearby states — cast ballots.

Christine Polillo, 65, did not take part two weeks ago, like many people questioned by AFP outside the French embassy in Washington.

Polillo, a teacher who has lived in Baltimore, Maryland for 35 years, said it was difficult from afar to know the stances of the large number of first-round candidates.

But voting in the conclusive second round, she added, is “very important — a way of feeling attached to France.”

Added Rachida Boukezia, a 42-year-old IMF economist: “We are concerned,” even if France is far away.

“I would like their future to be in good hands,” she said of her two young daughters.

In the first round, French voters in the United States favored Macron by huge margins over Le Pen, sometimes outpolling her by 20 to one or more.

In Montreal Saturday, a long line wound around the convention center as people waited — often with a coffee in one hand and a book or smartphone in the other — to vote.

Claire Barsaq, 33, has lived in Montreal for 12 years. Her nursing job caused her to miss the election’s first round.

But “I did not want to miss the second round,” she told AFP. “The choice is too important.”

More than 67,000 French nationals are registered to vote in Montreal. In the first round they favored far-left candidate Jean-Luc Melenchon.