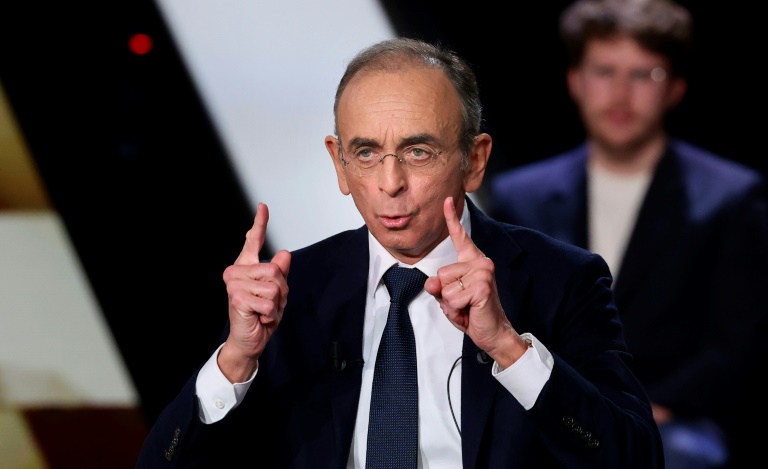 French far-right TV pundit-turned-politician Eric Zemmour said Thursday he would seek a seat in parliament standing in the glitzy constituency around Saint-Tropez, three weeks after failing with a presidential bid.

The Paris-born 63-year-old is seeking to establish his new party, Reconquest, as a national political force in parliamentary elections next month, but is expected to struggle.

“I will lead our beautiful and major fight along with our 550 candidates,” Zemmour wrote on Twitter, announcing his plans to stand in Saint-Tropez on the French Riviera where he recorded one of his highest scores nationally in the presidential election last month.

He was eliminated in the first round of April’s presidential polls with a score of seven percent and has since failed to agree a tie-up with veteran far-right leader Marine Le Pen and her deep-rooted National Rally party.

Some Zemmour aides had advised him to sit out the parliamentary elections for fear another defeat could permanently tarnish his career.

The constituency around Saint Tropez, long a magnet for the rich and famous, is seen as highly contested and is currently held by Macron’s Republic on the Move party, which has been re-named Renaissance.

Macron won re-election on April 24, defeating Le Pen by a score of 59 percent to 41.

Zemmour has several convictions for racist hate speech, but he was cleared of a possible crime of denying the Holocaust on Thursday.

An appeals court in Paris upheld a previous judgement in his favour about his view that France’s war-time leader Philippe Petain, who collaborated with the Nazi regime, had “saved” French Jews.

The claim is contested by most historians, who point to Petain’s well-documented anti-Semitism, but the court ruled it did not amount to denying the existence or gravity of the Holocaust.