The well-known architectural firm won the Marne Europe — Villiers sur Marne competition with their vertical forest project, which will involve an eclectic mix of buildings, among them a 54-meter (177-foot) tall tower mainly built of timber.

The project is being constructed in Villiers sur Marne, a community in the eastern suburbs of Paris, and will have offices and commercial space on the lower floors and residential apartments on the top. 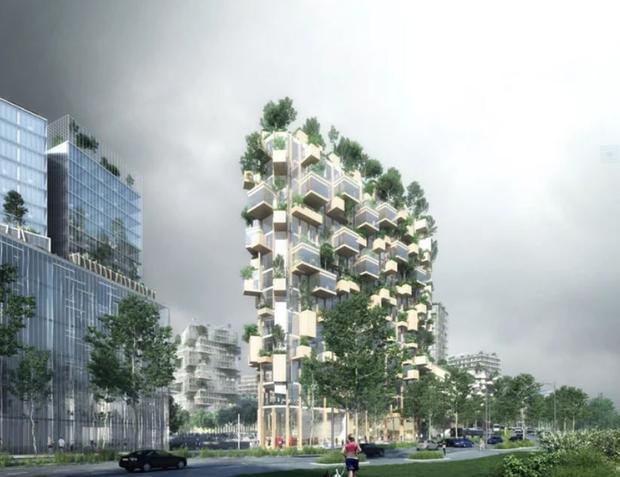 “Vertical Forest is a model for a sustainable residential building, a project for metropolitan reforestation contributing to the regeneration of the environment and urban biodiversity without the implication of expanding the city upon the territory,” a section on the Stefano Boeri Architetti webpage explains.

This latest project will pale in comparison to the firm’s new “forest city’ being built along the Liujiang River in China’s Guangxi Province. Liuzhou Forest City will cover 175 hectares (432 acres), and if it is successful, could raise the bar in urban design worldwide. 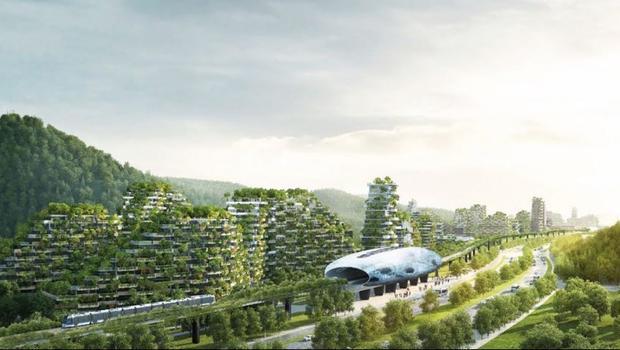 Forêt Blanche and other projects
The facade of Foret Blanche, a mixture of terraces and balconies, will be covered by 2000 trees, shrubs, and plants, with a green surface equivalent to one hectare (.2.5 acres) of forest, or roughly 10 times the surface area of the lot on which the building sits.

In addition to Forêt Blanche, Stefano Boeri Architetti has also presented the La Cour Verte project for Balcon sur Paris. This project consists of a building with a courtyard, whose roof touches the ground. At its center is a hanging garden with a 600 square meter mantle planted with grasses.

With Forêt Blanche, which is added to the Vertical Forest family currently in creation in China, Europe, South America and the United States, Stefano Boeri Architetti is “working towards a new generation of architectural structures that encompass the vegetal component as an essential element, going beyond the concept of green as just a simple decoration.”