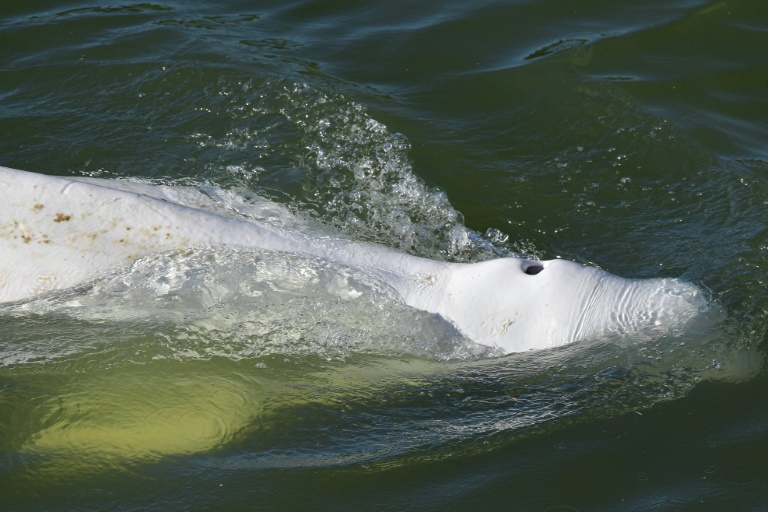 Marine experts will attempt Tuesday to rescue a beluga whale that swam up the Seine river and return it to the sea, officials said, a complex and risky operation for an animal already sick and malnourished.

The four-metre (13-foot) cetacean, a protected species usually found in cold Arctic waters, was spotted a week ago heading towards Paris, and is now some 130 kilometres inland.

“An operation to transport the beluga astray in the Seine will be attempted this evening,” said government officials in the Eure department, who are orchestrating the effort.

The animal’s progress inland has been blocked by a lock at Saint-Pierre-La-Garenne in Normandy, and its health has deteriorated after it refused to eat.

She is part of a Marineland team sent to assist with the rescue, alongside the Sea Shepherd France NGO.

“What’s exceptional is that here the banks of the Seine are not accessible for vehicles… everything is going to have to be done by hand,” Brasseur said.

So far the beluga has not turned around, and experts have dismissed any attempt to “nudge” it back toward the English Channel with boats, saying it would stress the weakened animal and probably be futile in any case.

Starting at around 8:00 pm (1800 GMT), the team will try to get the animal weighing 800 kilogrammes (nearly 1,800 pounds) onto a truck and drive it to an undisclosed seawater basin where it can be treated before being released, the Eure authorities said.

The Sea Shepherd France NGO, which is assisting the operation, said Tuesday that tranquilisation is not an option, since belugas are so-called “voluntary breathers” that need to be awake to inhale air.

“In any case, we have to get it out of there… and try to figure out what is wrong,” Brasseur said.

Veterinarians will keep constant surveillance during the move.

“There may be internal problems that we can’t see,” she said despite the fact that belugas are “extremely hardy” as a species.

Interest in the beluga’s fate has spread far beyond France, generating a large influx of financial donations and other aid from conservation groups as well as individuals, officials said.

Sea Shepherd on Monday issued an appeal in particular for heavy-duty ropes, nets, mattresses and other equipment.

Belugas are normally found only in cold Arctic waters, and while they migrate south in the autumn to feed as ice forms, they rarely venture so far.

According to France’s Pelagis Observatory, specialised in sea mammals, the nearest beluga population is off the Svalbard archipelago, north of Norway, 3,000 kilometres from the Seine.

In this article:Animal, beluga, France