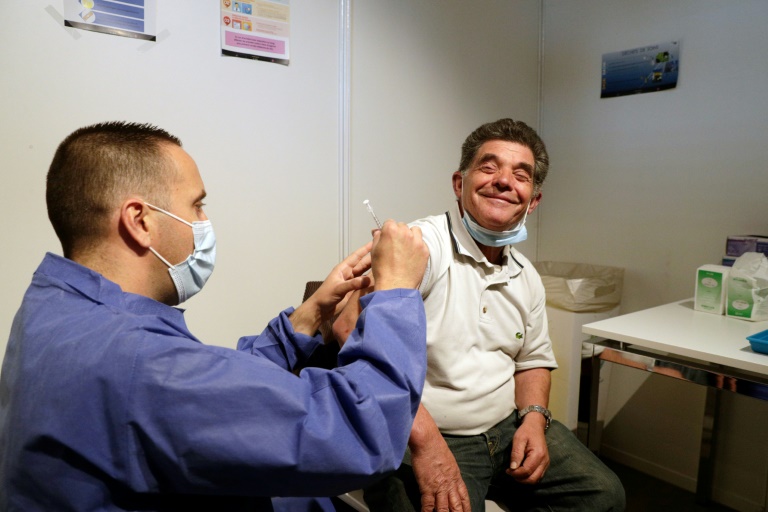 France reached its target of injecting 20 million initial doses of coronavirus vaccines on Saturday, days ahead of a hugely anticipated reopening of restaurant terraces as the government begins lifting a nationwide lockdown.

President Emmanuel Macron announced the milestone in a tweet that said “20 million” with a green checkmark, a number that represents around 30 percent of the population.

Nearly nine million have had a second vaccine dose as well.

“It’s a very important moment for the entire country, because it supports our prospects for ending this crisis,” Prime Minister Jean Castex told journalists while visiting the mass vaccination site at the Porte de Versailles conference centre in Paris.

The government aims to have 30 million initial doses injected by June 15, when Macron has said all adults will be able to sign up for a jab currently reserved for priority groups and adults over 50.

The number of people in intensive care stood at 4,352 on Friday, a decline of 90 from the previous day and well below the peak of 6,001 during the “third wave” of infections that battered France starting in March.

On Wednesday, museums, theatres, cinemas and concert halls will reopen with limited capacity after six weeks of closure to halt the pandemic, and the nationwide curfew will be pushed back to 9:00 pm (1900 GMT) from 7 pm.

Non-essential shops will also reopen and outdoor seating at cafes and restaurants will be allowed for the first time since October 30.

Cafes and restaurants will be able to serve clients indoors on June 9, and the curfew will be fully lifted on June 30 if infection rates continue to decline.