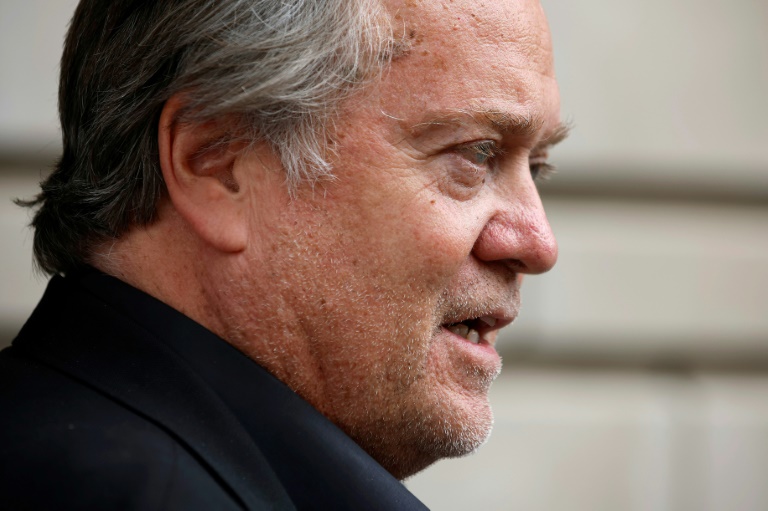 Donald Trump’s former advisor Steve Bannon is due to appear in court Thursday to be charged with fraud in a case of alleged misappropriation of funds for the construction of a wall between the United States and Mexico, US media reported.

Bannon, 68, a popular ideologue who was closely involved in Trump’s rise to the American presidency, was en route Wednesday night to New York to surrender to the office of Manhattan’s prosecutor and to face the charges, his lawyer Robert Costello told CNBC television.

The Manhattan prosecutor’s office did not respond to AFP’s request for comment.

Details about the exact nature of the charges were not public, as the indictment is sealed, but the Washington Post, CNBC and CNN reported that they relate to the same case that saw Bannon indicted in 2020 for financial fraud.

The former White House advisor was arrested in August 2020 in that case, where he was accused alongside three others of fraud and embezzling a part of $25 million of donor funds set aside to build a wall between the US and Mexico.

The construction of the wall was a key campaign promise by Trump in his run to the presidency in 2016.

Bannon was never tried for those charges, after then president Trump pardoned him in January last year, a day before he left the White House.

In a statement, Bannon denounced “bogus lawsuits” against him 60 days before the November 8 midterm legislative elections.

He blasted “an armed partisan politicization of the criminal justice system.”

The criminal indictment comes six weeks after Bannon was convicted in a federal court in Washington of obstructing the investigative powers of Congress.

He had refused to cooperate with the House committee investigating the January 6, 2021 assault on Capitol Hill.

Even after leaving the White House in August 2017, Bannon had remained close to Trump, speaking with him the day before the Capitol riot.