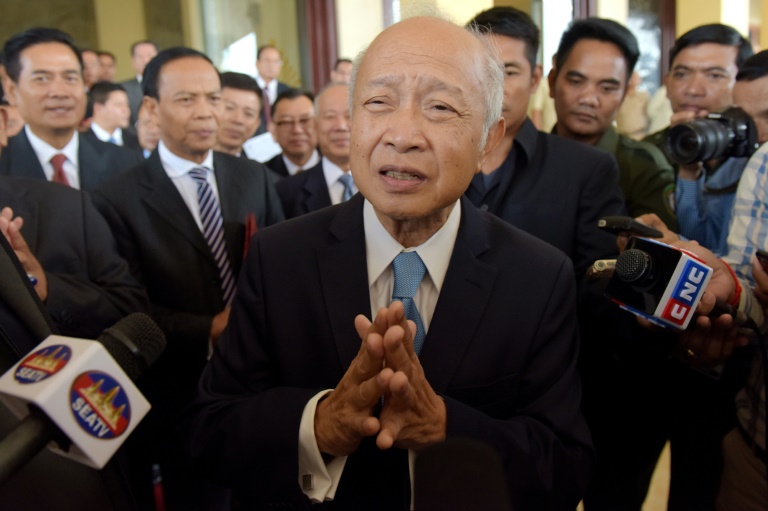 The prince was elected prime minister in 1993 after years of civil war only to be ousted in a bloody coup in 1997 led by forces loyal to current strongman ruler Hun Sen.

In a condolence letter sent to Ranariddh’s wife, Hun Sen said his death meant “the loss of an outstanding royal dignitary who loved the nation, religion and king.”

The half-brother of current King Norodom Sihamoni, Ranariddh was the most politically ambitious of Cambodia’s royals but he endured something of a rollercoaster career.

He won Cambodia’s UN-sponsored election in 1993 at the head of the royalist Funcinpec party but was forced to accept Hun Sen as co-prime minister.

He was pardoned in 2008 over a conviction for fraud which saw him ejected from the Funcinpec party, and made two more abortive political comebacks.

In 2015, he made an unexpected alliance with the man who toppled him, returning to Funcinpec in order to work with Hun Sen’s Cambodian People’s Party.

Personal tragedy followed three years later when his second wife Ouk Phalla, 39, was killed in a head-on car crash while on the election campaign trail with him.