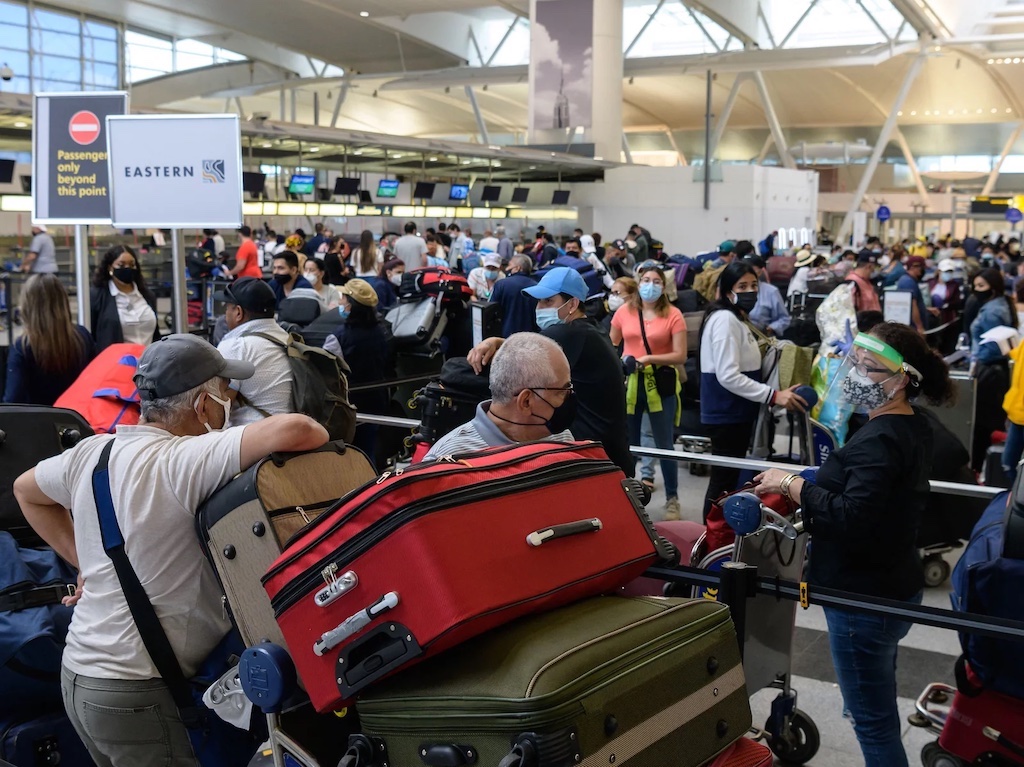 Canceled flights, packed planes, rising fares, and way too many violent outbursts are the new normal for air travel in the United States. Flying is getting worse for both passengers and crews.

If we add the coming holiday travel season, bad weather, and the normal backups and flight delays commonly seen during the holidays, there is no telling what may happen.

There has been a lot of discussion over the recent operational meltdowns involving American Airlines and Southwest Airlines last month.

Texas Monthly asked the question: “How can such a massive cascade of delays and cancellations happen nationwide because of limited events in one area? And how can they happen to just one airline while others continue taking to the skies?

Of course, there were some people who blamed the incidents on the Biden administration’s vaccine mandates, including Senator Ted Cruz and Congressman Chip Roy, whose district includes parts of Austin, Texas.

Right-wing rabble-rousers surmised that the same kind of “sickout” happened at American over Halloween weekend.

But they are wrong. Southwest and American, as well as Southwest’s pilot’s union, have forcefully denied that employees didn’t show up for duty because of the vaccines, according to reporting by Digital Journal.

It is more likely that staffing shortages are leading to overworked flight crews, and that, in turn, is leading to flight delays and canceled flights. This means there are fewer choices in flights which leads to higher ticket prices.

All the airlines are reporting strong bookings during the Thanksgiving and end-of-year holiday periods. And all are being hit with higher fuel prices, which typically translates into somewhat higher fares, especially at times of strong demand.

According to CNN Business, officials with a number of airline unions say that their members are stressed to the “breaking point” by work conditions because of understaffing.

Many pilots and flight attendants say they’re also having trouble getting hotel rooms they need so they can have the government-mandated rest while working. Airline unions say they’re worried that the problems will get worse with the pick-up in travel expected over the holidays.

“We want that flying to get done, but we don’t want tickets sold that can’t be fulfilled,” said Capt. Dennis Tajer, an American Airlines pilot and spokesman for the Allied Pilots Association, in an interview last month about the holiday season. “Are they biting off more than they can chew?”

Unruly passengers are the cherry on top of the cake

Airlines have reported more than 5,000 incidents involving unruly passengers this year, with more than 3,600 of those involving people who refused to wear face masks as required by federal regulation.

The number of incidents involving unruly passengers has grown to the point that flights have been delayed, had to return to the airport, and more recently, resulted in serious injury.

The Federal Aviation Administration (FAA) began keeping records on incidents involving unruly behavior by travelers on airlines in 1995. The FAA said it has launched 950 investigations into passenger behavior on flights this year.

In the five years from 2016 through 2020, the agency averaged 136 investigations a year. The Association of Flight Attendants is pushing for a new no-fly list for people who assault crew members or other passengers, according to NPR.org.

Since August this year, the FAA has referred 37 cases to the FBI for possible criminal prosecution since the number of disruptions on flights began to spike in January.

The FAA said the cases referred to the FBI are among 227 this year in which it has begun enforcement action that could lead to civil penalties against passengers.

In this article:airlines i US, FAA, friendly skies, short-staffed, unruly passengers, vaccine mandates