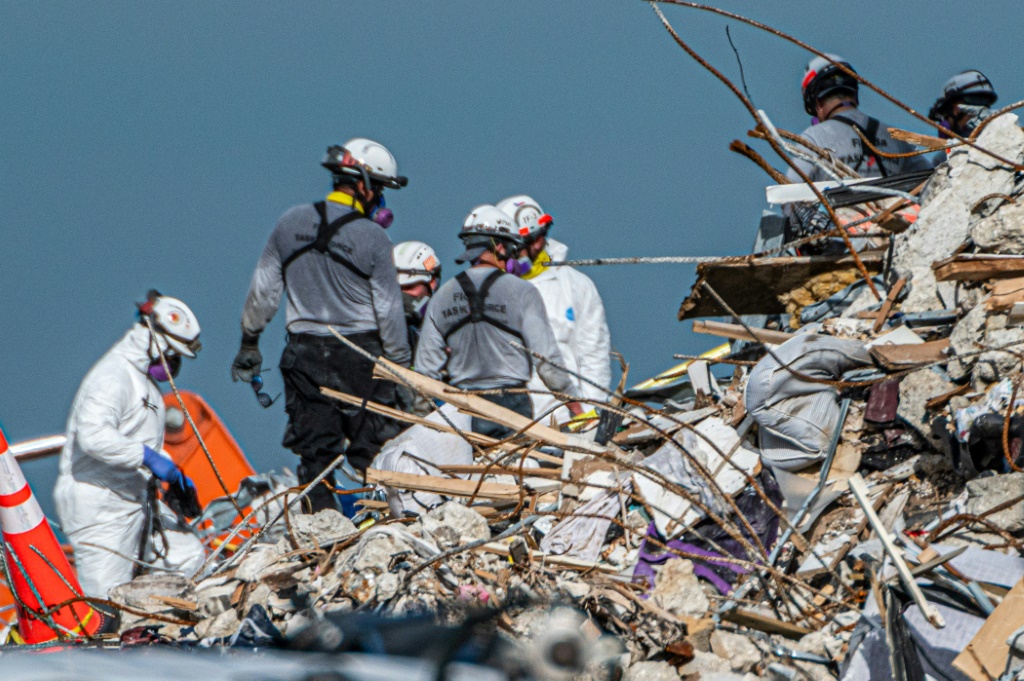 Searchers recovered two more bodies to bring the death toll in the Florida apartment block collapse to 24, authorities said Saturday, as the search for victims paused in the afternoon so demolition crews could prepare to bring down the part of the building still standing.

The razing took on special urgency as Tropical Storm Elsa churned in the Caribbean, following a path expected to bring it to Florida early next week.

“Search and rescue does have to pause temporarily while the demolition preparation is underway. There is threat to the standing building that is posed to the first responders” as crews drill into columns of the damaged building, Miami-Dade County Mayor Daniella Levine Cava said.

“We will begin the search and rescue once again on any sections of the pile that are safe to access as soon as we’re cleared.”

Nine days after the collapse in the town of Surfside, 121 people are still listed as missing, Levine Cava said.

Hopes of finding anyone alive are fast diminishing.

Most of the 12-story Champlain Towers South building collapsed in the early hours of June 24, sending up a huge cloud of dust and rattling Americans unprepared for such a deadly urban disaster.

With Tropical Storm Elsa rumbling northward through the Caribbean, just shy of hurricane force — and headed, for now, straight for Florida — authorities are accelerating plans to demolish the remaining part of the structure.

Authorities had previously said the work could take weeks, but DeSantis, a Republican, said accelerating demolition was only prudent.

He said demolition could be completed within 36 hours — entailing “minimal work stoppage from the search and rescue teams” — and that work sifting through the existing debris could resume as soon as it is clear that no fires have erupted.

Miami-Dade fire chief Alan Cominsky said meanwhile several cases of Covid-19 had been detected in one team of searchers.

That team, he said, had been demobilized, and medical protocols put in place to isolate anyone affected.