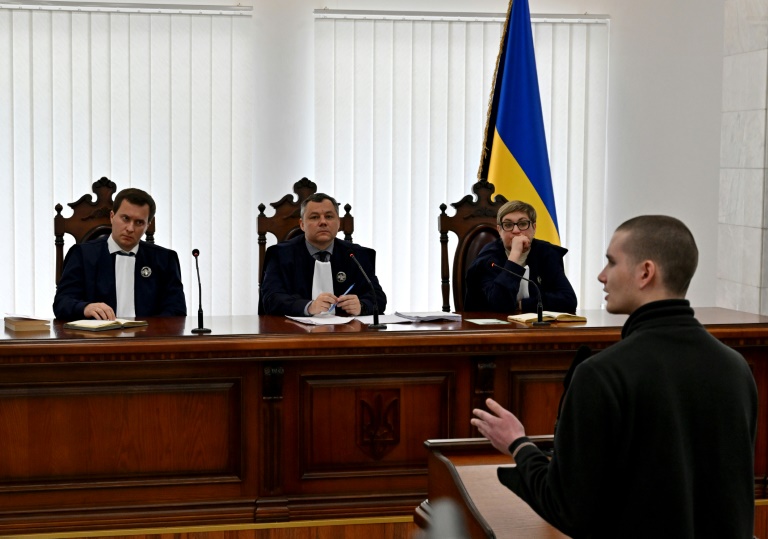 Ukraine authorities say they have opened thousands of cases into alleged crimes committed by Moscow’s forces.

“We support the pursuit of justice by Ukraine and through other international investigations, including at the International Criminal Court” and other bodies,” they said in a statement.

“We join in condemning the Russian Government for its actions, and call upon it to cease all violations of international law, to halt its illegal invasion and to cooperate in efforts to achieve accountability,” they said.

The statement came out one day after a Russian soldier pleaded guilty to murdering an unarmed 62-year-old man four days into the invasion, in Ukraine’s first prosecution arising from the war.

Vadim Shishimarin, 21, asked for forgiveness in a hearing Thursday as prosecutors sought a life sentence.

“I know that you will not be able to forgive me, but nevertheless I ask you for forgiveness,” he said, addressing the court and the wife of the man he killed.

“By this first trial, we are sending a clear signal that every perpetrator, every person who ordered or assisted in the commission of crimes in Ukraine shall not avoid responsibility,” Venediktova said.

Trials began Thursday in Ukraine for two other Russian soldiers.