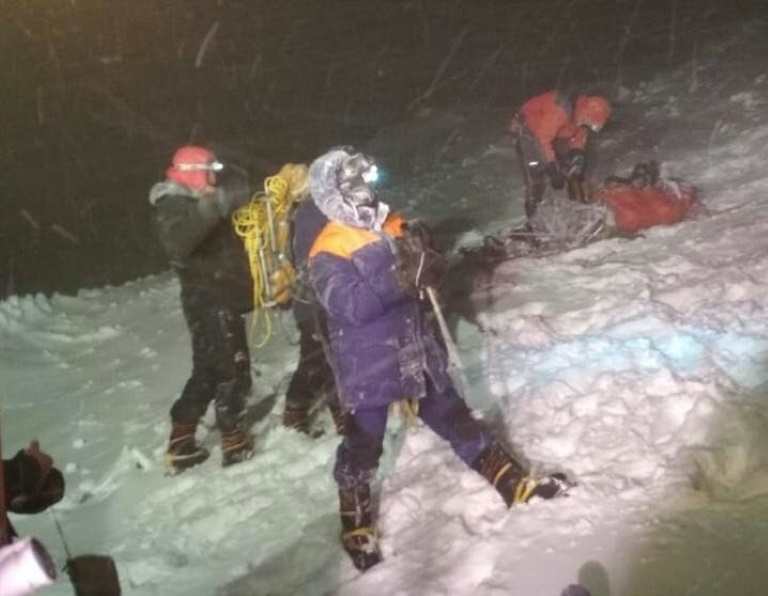 The remaining 14 were taken down to the Azau valley below and the rescue was carried out in “the most difficult conditions” with strong winds, low visibility and sub-zero temperatures, it said.

The company which organised the climb said there were four professional guides accompanying the climbers.

During the ascent, one of the climbers felt unwell and turned back with one of the guides. She later died “in his arms,” it said.

The rest of the group continued to the summit but an “unprecedented storm” struck on their way down.

One of the climbers broke a leg, further slowing down the group.

Two climbers froze to death and two others lost consciousness and died as they were brought down, the company said.

The guides and some of the participants have been hospitalised with frostbite.

While the ascent is not considered technically difficult, dozens of climbers die every year during summit attempts.