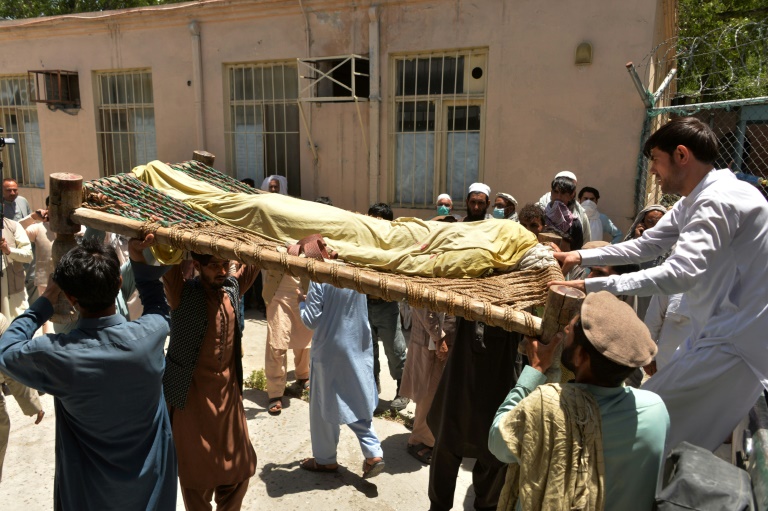 At least five polio workers were shot dead in eastern Afghanistan Tuesday, officials said, in the area’s second attacks on vaccinators in less than three months.

The workers were gunned down in three separate locations within hours in a “coordinated attack”, Nangarhar provincial police spokesman Farid Khan said.

“This is the work of the Taliban, targeting health workers to deprive people of polio vaccines,” he said.

Polio has been eradicated across the world apart from Afghanistan and neighbouring Pakistan, where distrust of vaccines and eradication campaigns is rife.

The Taliban and religious leaders often tell communities that vaccines are a Western conspiracy aimed at sterilising Muslim children, and they also suspect immunisation drives are used to spy on militant activities.

Officials say the Taliban do not allow door-to-door vaccination campaigns in areas they control.

Tuesday saw five vaccine workers killed and one wounded in a spate of attacks across Nangarhar, the local government said. Three were also wounded in the provincial capital, Jalalabad.

The inoculation drive in the province had now been halted, a health official told AFP.

“These were all targeted attacks against polio vaccinators, and for now we have stopped all polio vaccination drives in Nangarhar province,” the official said, asking not to be named.

“Depriving children from an assurance of a healthy life is inhumane,” Alakbarov, the UN Secretary General’s Deputy Special Representative for Afghanistan, said on Twitter.

“Senseless violence must stop now, those responsible must be investigated and brought to justice.”

The country has faced a devastating wave of targeted attacks on politicians, activists and journalists which the Afghan government and United States have blamed on the Taliban, who routinely deny responsibility.

“We have reached a situation where systematically employees of demining, doctor, nurse, vaccinator, human rights defenders and anyone seeking to save our lives and our children are killed,” said Shaharzad Akbar, the head of Afghanistan’s Independent Human Rights Commission.

“There is neither an effective prevention mechanism nor a punishment for the perpetrators.”

The government said the Taliban were behind the attack, but the UK-based charity said the local militants actually stepped in to help.

The Taliban have made huge gains across Afghanistan as the United States prepares to pull out the last of its troops from the country by September after 20 years of war — even as peace talks between the Afghan government and the Islamist group have stalled.