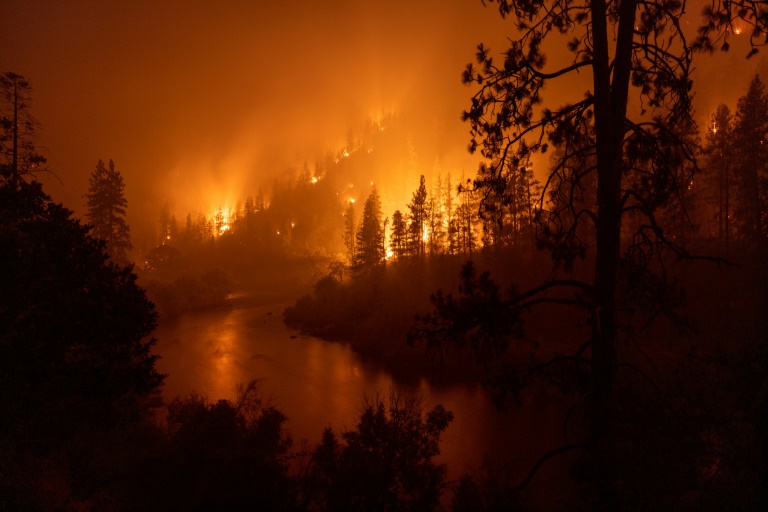 The McKinney fire that started on Friday near the California-Oregon border has now burned 57,000 acres and is 10 percent contained.

The fire didn’t advance on Wednesday, following several days of brief but heavy rain from thunderstorms that provided cloudy damper weather, and helped firefighters in partially containing the blaze.

Storms earlier this week proved a mixed blessing. A drenching rain Tuesday dumped up to 3 inches (7.6 centimeters) on some eastern sections of the blaze but most of the fire area got next to nothing, said Dennis Burns, a fire behavior analyst.

While officials still warn that the fire poses a serious threat, the announcement gives residents hope. The southeastern corner of the blaze above the Siskyou County seat of Yreka, which has about 7,800 residents, was contained, according to Fox News.

Several wildfires are raging in the Klamath National Forest. The McKinney Fire, whose cause is still unknown, is the most intense of those fires – and the most damaging and deadliest California wildfire of the year.

“This is a sleeping giant right now,” said Darryl Laws, a unified incident commander on the blaze. In addition, firefighters expected Thursday to fully surround a 1,000-acre spot fire on the northern edge of the McKinney Fire reports NBC News.

One hamlet wiped off the map

The McKinney fire has charred nearly 90 square miles of forest land left tinder-dry by drought. More than 100 homes and other buildings have burned and four bodies have been found, including two in a burned car in a driveway.

In the hamlet of Klamath River, home to about 200 people, most homes and businesses have turned to ash, along with the post office, community center, and other buildings. . Some Klamath River residents are now picking through the burned-out shells of their modest houses.

Roger Derry, 80, and his son have lived together in Klamath River for more than 40 years, and are among the few families whose homes were spared by the inferno, reports The Guardian.

“It’s very sad. It’s very disheartening,” Derry said. “Some of our oldest homes, 100-year-old homes, are gone. It’s a small community. Good people, good folks, for the most part, live here and in time will rebuild. But it’s going to take some time now.”