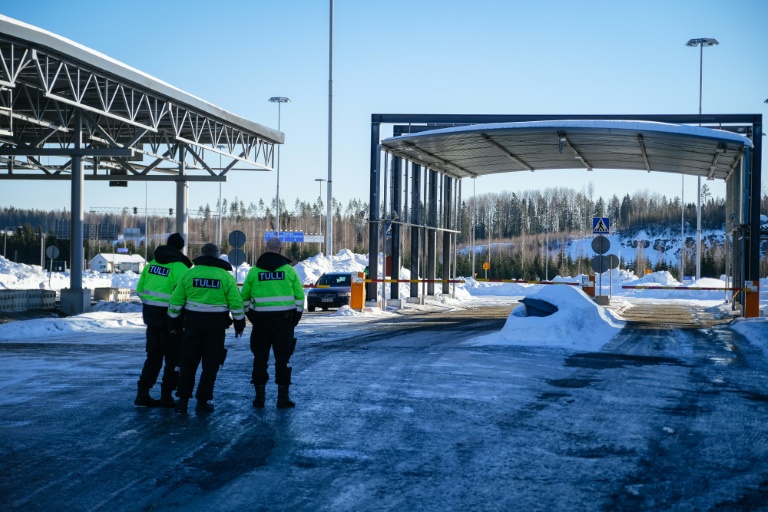 Finland’s president and prime minister will announce Thursday their highly awaited positions on whether to join NATO, the first step toward a formal decision after Russia’s war in Ukraine triggered a swift turnaround in opinion.

They are widely expected to come out in favour of joining.

“Joining NATO would not be against anyone,” Niinisto told reporters on Wednesday, amid Russian warnings of consequences if Helsinki were to seek membership in the Western military alliance.

His response to Russia would be: “You caused this, look in the mirror,” he said.

“All signs point to Finland applying to join NATO,” Iro Sarkka, a NATO expert from the University of Helsinki, told AFP.

As recently as January, amid tensions between the West and Russia, Marin said a bid would be “very unlikely” during her current mandate, which ends in April 2023.

But after its powerful eastern neighbour invaded Ukraine on February 24, Finland’s political and public opinion swung dramatically in favour of membership as a deterrent against Russian aggression.

A poll published on Monday by public broadcaster Yle showed that a record 76 percent of Finns now support joining the alliance, up from the steady 20-30 percent registered in recent years.

Finland shares a 1,300-kilometre (800-mile) border with Russia and has been militarily non-aligned for decades.

Finns put up a fierce fight during the bloody Winter War, but were ultimately forced to cede a huge stretch of its eastern Karelia province in a peace treaty with Moscow.

While Sarkka noted that both the prime minister and president have been “careful” so far in their statements regarding NATO, their actions suggest the Nordic country is heading for membership.

“The president no longer talks about the EU defence option or the role of Finland as the mediator between the East and the West,” she said.

On Wednesday, the Finnish parliament’s defence committee concluded that membership in NATO would be the “best option” for Finland’s security, as the Russian invasion had eroded the security situation in Europe.

“It is 100 percent certain that Finland will apply, and quite likely that it will be a member by the end of the year,” researcher Charly Salonius-Pasternak of the Finnish Institute of International Affairs told AFP.

Sarkka said she believed the political leadership has refrained from voicing their opinions thus far to allow room for open debate during the parliamentary process.

“If President Niinisto, who is perhaps the most influential opinion leader in the country, had voiced his stance earlier, that could have restricted discussion.”

Neighbouring Sweden is also contemplating joining the alliance, and the two countries are widely expected to present a joint bid.

If Finland’s leadership backs NATO membership, the next step would be to convene the President and Ministerial Committee on Foreign and Security Policy, a body made up of the president, prime minister and up to six other cabinet ministers.

The committee can make the formal decision for Finland to submit an application, with the proposal then presented to parliament.

According to Finnish daily Iltalehti, the committee is to meet Sunday to make the country’s final decision.

Contacted by AFP, the government refused to comment on the report, saying the committee’s meeting dates were confidential information.

Lawmakers in all 30 NATO member states would then need to ratify its application, a process that can take months.

Foreign Minister Pekka Haavisto said Tuesday he believed Finland could be a full NATO member “at the earliest” on October 1.

“The NATO secretary general has said that this process will take between four and 12 months. My own impression is that it might be closer to four months than 12 months,” Haavisto said.