There has been so many resignations in the past week that a scorecard is needed to keep track of the names and their positions. Let’s see if we can put this in some sort of order. The list is based on reporting from Defense News.

*On December 12, it was announced that Randall Schriver, the Pentagon’s top Asia policy official, would be leaving shortly.
*On December 13, Jimmy Stewart, who served as the acting undersecretary of defense for personnel and readiness since October 2018, announced his retirement from federal service.
*On Tuesday, December 17, Steven Walker, who served as the 21st head of the Defense Advanced Research Projects Agency, will leave the position on Jan. 10 for an industry job.
*On Wednesday, December 18, Kari Bingen, principal deputy undersecretary of defense for intelligence, announced she will resign effective January 10.
*Tina Kaidanow, the senior advisor for international cooperation in the Office of the Under Secretary of Defense for Acquisition and Sustainment, 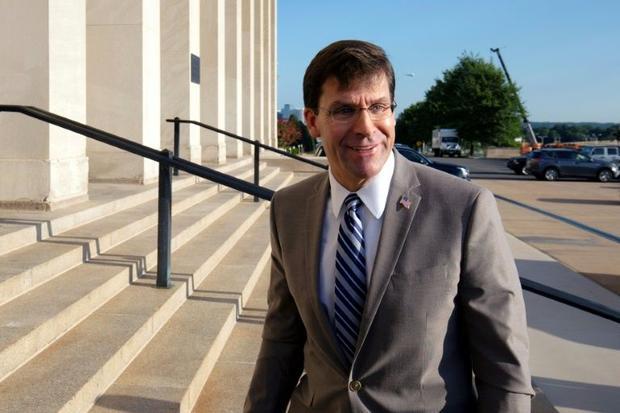 US Defense Secretary Mark Esper spoke to the press on his first day as Pentagon chief
Alastair Pike, AFP

The additional five vacancies will add to a number of openings within the Defense Department, with six of the 21 deputy assistant secretary of Defense policy jobs still empty. Let’s see, that will make 11 openings out of 21 positions.

And The Hill is reporting that there are several other roles being filled in an “acting capacity” – like the chief management officer, comptroller, deputy undersecretary of Defense for policy, Secretary of the Navy, and assistant Defense secretary for international security affairs.

With all these resignations, earlier this week, Defense Secretary Mark Esper still managed to downplay the situation – telling reporters there is a “rhythm” to people leaving and taking positions and said there was already a replacement for Stewart. “You’ll probably see another couple of — some more announcements are coming up soon,” Esper said on Monday while flying back to the U.S. from Belgium.

Of course, when Esper was appointed to his position in August, he acknowledged that there needs to be “stable leadership” among civilian leaders in the department, and expressed his belief that the vacancies would be filled. Yeah, right. 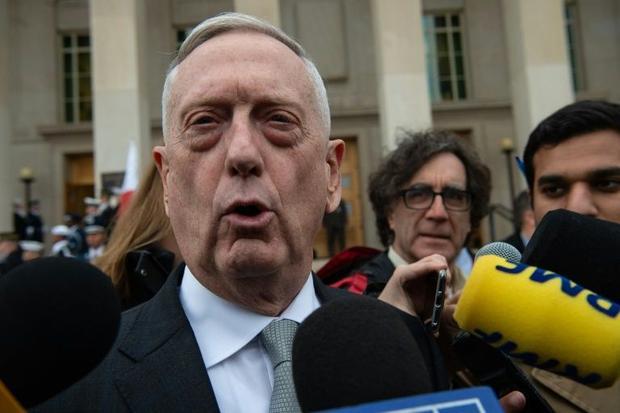 US Defense Secretary Jim Mattis speaks to the press outside the Pentagon this week
NICHOLAS KAMM, AFP/File

“Again, that’s a normal rotation, folks have been at it hard for two years now, two-plus years. You have this happen even last year.” He added that it’s important to “get people in place as quickly as possible. If not confirmed, at least acting,” and keep moving the Pentagon forward.

Actually, Matt Donovan, the undersecretary of the Air Force, was temporarily moved into the spot vacated by Stewart – but this created another vacancy.

So, who’s to blame for the apparently toxic environment in the Pentagon? According to Foreign Policy , many current and former defense officials lay the blame at the feet of John Rood, the Defense Department’s top policy official.

In defense of Esper, and his efforts to rebuild the senior positions that need filling, friction and frustration over Rood’s leadership have kept the positions unfilled. According to Foreign Policy, “Nearly a dozen current and former officials who spoke to Foreign Policy on condition of anonymity pointed to Rood as a major contributor to the departures and the Pentagon’s struggle to fill the empty posts.” 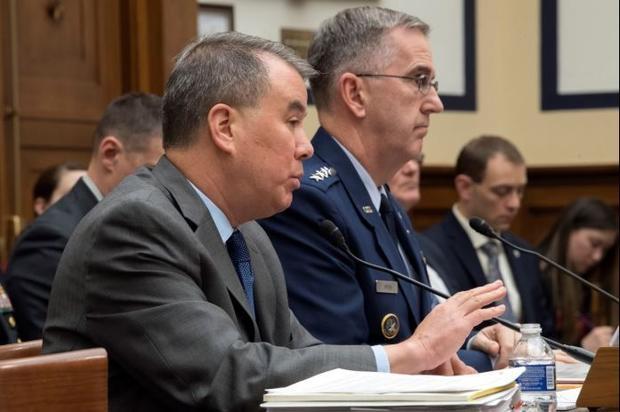 Top Pentagon officials say the problem with recruiting runs much deeper than Rood’s leadership style, dating to the beginning of the Trump administration. Many national security experts signed “Never Trump” letters that disqualified them for roles in the administration.

Others let it be known they would never work for Trump. Things went from bad to worse last year when Defense Secretary James Mattis resigned and the department’s senior leadership fell apart. During the seven months before Esper was finally appointed to fill the empty position, the number of empty positions rose to a high of 19 in July.

“I don’t know that policy has ever had a chance to get its legs under it in this administration so far,” said one former defense official.

“There’s a very tricky election coming up so this is a natural time for people to leave,” said Jim Townsend, a former Pentagon official who is now a senior fellow at the Center for a New American Security. “It makes it triply hard. It’s Trump, it’s late in an administration, and so it is really hard to find people to fill these jobs.”

In this article:fgour within a week, rtesignations, senior policymakers, The Pentagon, Trump administration