The order came just days before the U.S. Forest Service was to begin reviewing bids and offering contracts for the logging of old-growth spruce and hemlock on Prince of Wales Island at the southeastern tip of Alaska.

The court ruled the “Plaintiffs have demonstrated that they are very likely to suffer irreparable harm in the absence of preliminary injunctive relief,” and the Forest Service failed to identify specific areas that would be logged, and “does not fully explain to the public how or where actual timber activities will affect localized habitats.” 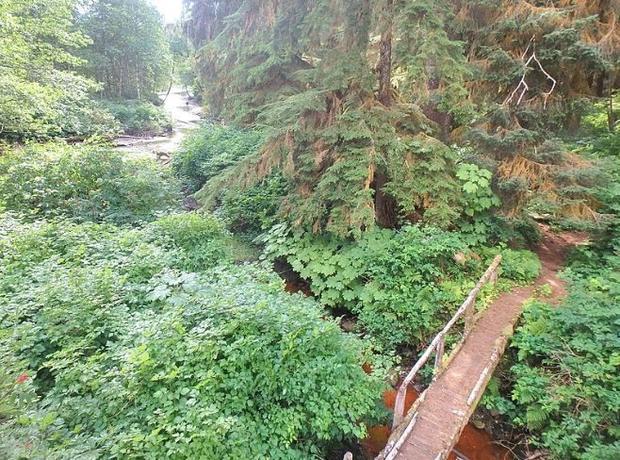 Tongass engineers inspected the treated timber viewing tower and the native log (untreated) trail bridge at Pack Creek bear viewing site on Admiralty Island at the end of May, 2018. The trail bridge and viewing tower are about a one-mile hike along a narrow, native surfaced trail from salt water.
United States Forest Service –
Judge Gleason’s order also banned the opening of any bids or the awarding of any contracts related to logging in Tongass. The Forest Service was actually scheduled to take and review bids on an initial sale of 1,156 acres of trees on Tuesday, September 24.

“Today’s preliminary ruling is a victory for wildlife and proper management of our nation’s irreplaceable forests. Moving forward with this initial sale would have ignited 15 years of clearcutting that would further destroy and fragment the remaining ancient forest habitat on Prince of Wales Island,” said Patrick Lavin, senior Alaska representative at the Defenders of Wildlife, reports The Hill.

Buck Lindekugel of the Southeast Alaska Conservation Council, one of the plaintiffs in the case said, “This is the very type of bad decision-making that Congress tried to end when it passed the National Environmental Policy Act in 1971. The Forest Service should know how to do its job and not cut corners, and the court said that’s unacceptable.” 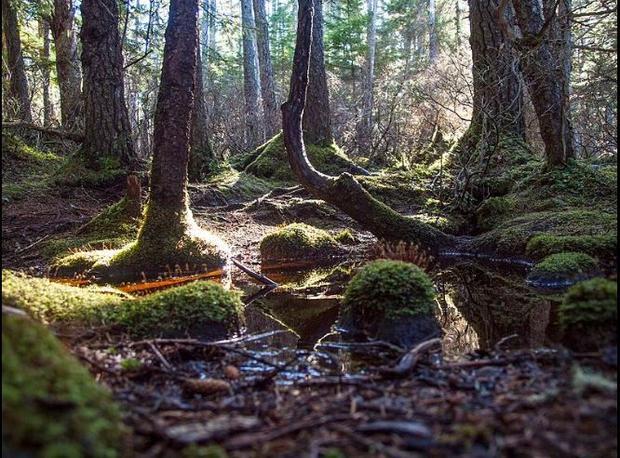 The quiet of the forest floor in the Tongass.
gillfoto (CC BY-SA 4.0)
Back in March this year, according to The Guardian, there was talk about opening areas of the Tongass to old-growth logging, pushed by Alaskan Senator Lisa Murkowski, who sought to attach pro-logging provisions to the omnibus bill on US government spending that was being voted on in Congress that month.

Pushing for more old-growth logging goes along with her efforts to unlock Alaska for gold, timber and oil extraction. She recently spearheaded the successful push to open the Arctic for oil drilling. Owen Graham, who directs the Alaska Forest Association, called Murkowski “an ally.”

Graham admits that timber’s heyday has passed, however, he still believes more old growth can be cut and cut responsibly. “The industry is never going to be dominant again. All we’re asking for is a small section of forest.” 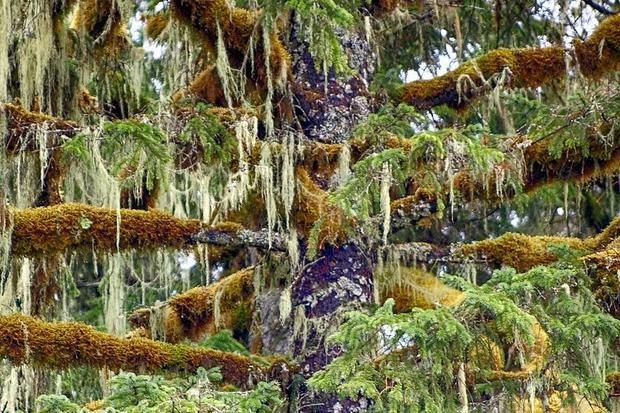 The forest sprawls over mountains, glaciers, coastlines, and islands – yet is remote enough to be home to many species of endangered and rare flora and fauna. President Theodore Roosevelt established the Alexander Archipelago Forest Reserve in 1902. Later, on 10 September 1907, Roosevelt created the Tongass National Forest. On 1 July 1908, the two forests were joined, and the combined forest area encompassed most of Southeast Alaska.

Called America’s “crown jewel,” by the Forest Service, the Tongass is home to three Alaska Native nations: the Tlingit, Haida, and Tsimshian. The forest is named for the Tongass group of the Tlingit people, who inhabited the southernmost areas of Southeast Alaska, near what is now the city of Ketchikan.