Mammoth bones are widespread in the northern Siberian region of Yakutia, an enormous area bordering the Arctic Ocean covered by permafrost, which acts like a giant freezer for prehistoric fauna. Well, that freezer is starting to melt,

The melting of the permafrost, due to a warming climate, has made it easier for locals to retrieve the remains of woolly mammoths and sell them to buyers in China, where the ivory is fashioned into jewelry, trinkets, knives, and other decorations.

In January 2019, Digital Journal reported that when China banned the import and sale of elephant ivory several years ago, its traditional carvers turned to the tusks of the elephants’ long-extinct ancestors.

In 2017, Russian exports of mammoth tusks amounted to 72 tons, with 80 percent going to China. Some Chinese buyers come to Yakutia to buy tusks directly, while some Russians also export them. The “gold rush” in mammoth ivory is growing as high as 100 tons a year as the climate crisis makes access to the bones and ivory of the extinct creatures easier to reach., 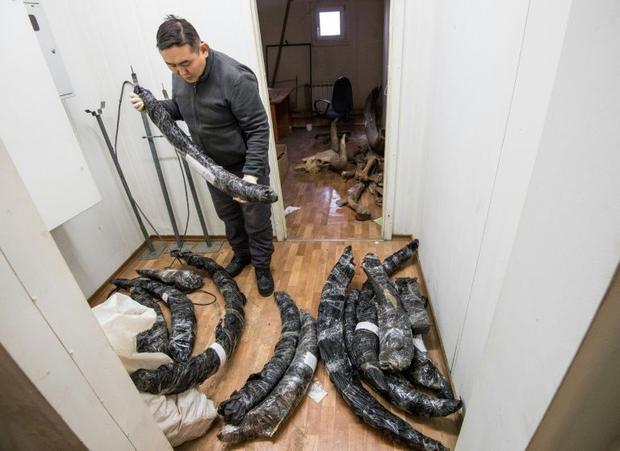 Valery Plotnikov, a palaeontologist at the Yakutia Academy of Sciences, stands among mammoth tusks confiscated from collectors who operate illegally
Mladen ANTONOV, AFP

There is a down-side to the plundering
Individual prospectors can usually reach the ivory using simple digging tools or water pumps to excavate the prizes, but now companies are coming into the region and reportedly using divers to search riverbeds in remote areas that can be reached only by motorboat. There are an estimated 500,000 tons of yet to be unearthed mammoth fossils in the region.

With the prospect of vast riches to be made in the largely unregulated market worth as much as US$50 million each year, there is little or no concern over the environmental damage being done. Good-quality mammoth ivory can sell in China for over $1,000 (877 euros) per kilogram and locals see it as the only way to achieve financial security in northern Yakutia, where jobs are scarce and the climate makes agriculture impossible.

Yakutia, formally called the Sakha Republic, has proposed legislation to regulate the trade in mammoth ivory and federal authorities say they are discussing formal language. The biggest reason for the legislation is to control the large business interests that are hurting the locals who have the right to collect a limited amount of tusks and live off the proceeds. 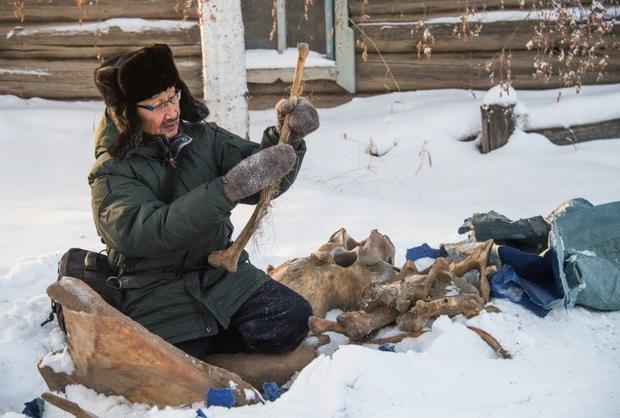 Prokopy Nogovitsyn shows part of a mammoth skeleton in the backyard of his house in a village in the northern Siberian region of Yakutia
Mladen ANTONOV, AFP

Adding mammoths to the endangered species list
Yes, you read it correctly. In a first, the Convention on International Trade in Endangered Species of Wild Fauna and Flora, or CITES, will consider the idea of labeling the extinct species as endangered this year or next, reports the Wall Street Journal.

According to CITES, the original proposal to designate Mammuthus primigenius (Woolly mammoth) as an endangered species under Appendix II of the Endangered Species Listing was put into the records of the CITES CoP18 in May 2019 in Colombo, Sri Lanka.

CITES is taking comments on the proposal until August 8, 2019, ahead of the Geneva (Switzerland) meeting to be held August 17-28.