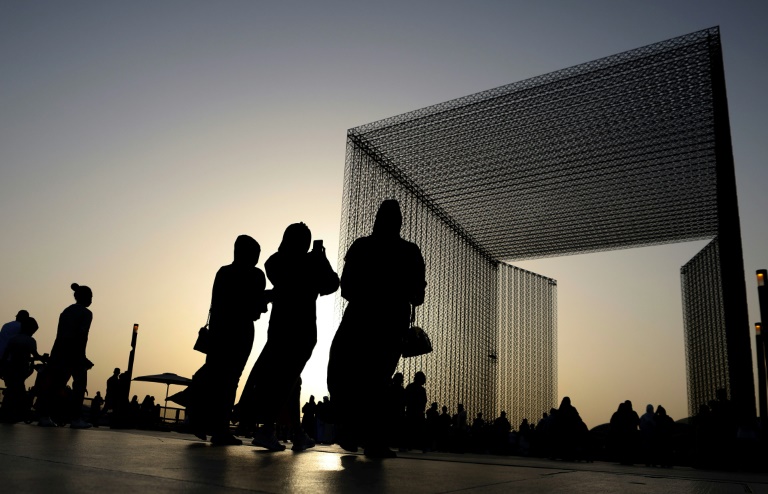 Dubai will bid farewell to its extravagant Expo 2020 world fair on Thursday, leaving a multi-billion dollar mini-city in the desert and heightened expectations for future hosts.

Six months after the delayed opening of the $7 billion, purpose-built site, the Middle East business hub will close the shutters with performances from Christina Aguilera and DJ Tiesto, and fireworks that will go on past 3:00 am local time.

Millions of people have flocked to Expo in its final days, pushing visit numbers over 23 million — not far off the 25 million targeted, despite the ongoing pandemic — and making it tough to find a taxi elsewhere in the city.

In 30 degrees Celsius (86 Fahrenheit) heat, long queues have formed at the most popular attractions, including the falcon-themed United Arab Emirates pavilion and the Saudi Arabia building, a slanted slab that appears to hover in the air.

Expo, housed on a circular site twice the size of Monaco, has been a point of pride for Dubai’s monarchical rulers and one of a number of projects aimed at grabbing world attention.

Dubai, the commercial heart of the oil-rich United Arab Emirates, is famously home to the world’s tallest building, the 830-metre (2,723 feet) Burj Khalifa.

In February, it opened a Museum of the Future — in the shape of a silver ellipse decorated with Arabic calligraphy — that promotions insisted was “the most beautiful building on earth”.

Expo, which started with the 1851 Great Exhibition in London and has showcased innovations such as the telephone and microwave down the years, now moves to Osaka in Japan which will hold the next edition on a man-made island in 2025.

“It’s clear that we have set a new bar here — it’s something I believe (Osaka) will look to aspire to,” said Dimitri Kerkentzes, secretary-general of the Bureau International des Expositions, according to UAE’s The National newspaper.

The event started inauspiciously, with a year’s pandemic delay and a boycott appeal from the European parliament, which criticised the UAE’s human rights record and “inhumane” practises towards immigrant labourers.

Lionel Messi, Cristiano Ronaldo and Novak Djokovic were among the sports stars to visit, along with Saudi Arabia’s de facto ruler and crown prince Mohammed bin Salman and the leaders of France, Brazil, Turkey and Morocco.

The site, with its canopied walkways and speakers playing soothing music, is now envisaged as a car-free “15-minute city”, with all parts accessible by foot or bicycle within a quarter of an hour.

Eighty percent of the structures will remain, including the self-powering ‘Sustainability’ pavilion and a giant water feature that gives the impression of water flowing upwards.

District 2020, as the Expo site will be known, is attempting to attract high-tech and digital companies to become a centre for innovation.

“It was never an investment to host an Expo,” the show’s director-general Reem Al Hashimy told AFP in September.

“It was an investment to create a new city that is equal distance between Dubai and (UAE capital) Abu Dhabi and really the city of the future.

In this article:Dubai, Expo, Lifestyle, UAE