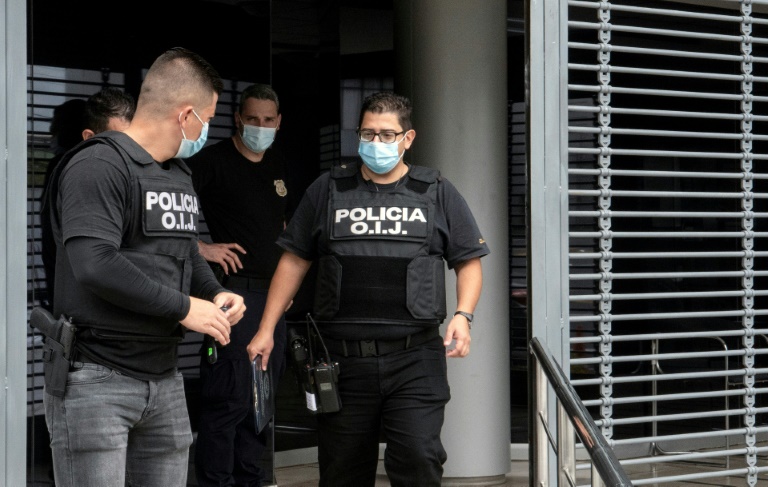 Costa Rican investigators on Monday carried out 57 raids, including on the building housing the country’s top executive offices, in a sweeping bid to dismantle an alleged bribery and kickback scheme involving construction companies and public works.

Twenty-eight people were detained, including the owners of at least two major construction firms.

At the executive building – known as the Casa Presidencial – agents focused on the office of Camilo Saldarriaga, a top aide President Carlos Alvarado.

Saldarriaga’s job included supervising the national budget and coordinating transfers from the Treasury Department to agencies such as the office in charge of highway construction, also linked to the probe.

He insisted on his innocence and was not arrested, but nevertheless resigned.

“Just like you, I feel enormous indignation, anger and fury for these acts of corruption,” president Alvarado said in a message to Costa Ricans.

“It is my hope … that (investigators) get to the bottom of this and those responsible may be found and sanctioned, regardless of who they are,” he said.

The network’s activities allegedly resulted in government losses of some $125 million between 2018 and 2020, officials said.

Police raided 14 government bureaus, including the Ministry of Public Works, as well as multiple private businesses and the homes of 21 people linked to the alleged network.

“We have given and will continue giving our full support to the investigation,” he added.

Agents remained at the Casa Presidencial searching for evidence for five hours.

Some of those arrested worked for MECO S.A., a major local construction firm with operations in Nicaragua, Panama, El Salvador and Colombia.

The company said in a statement that they will collaborate with prosecutors and provide all the required documents.