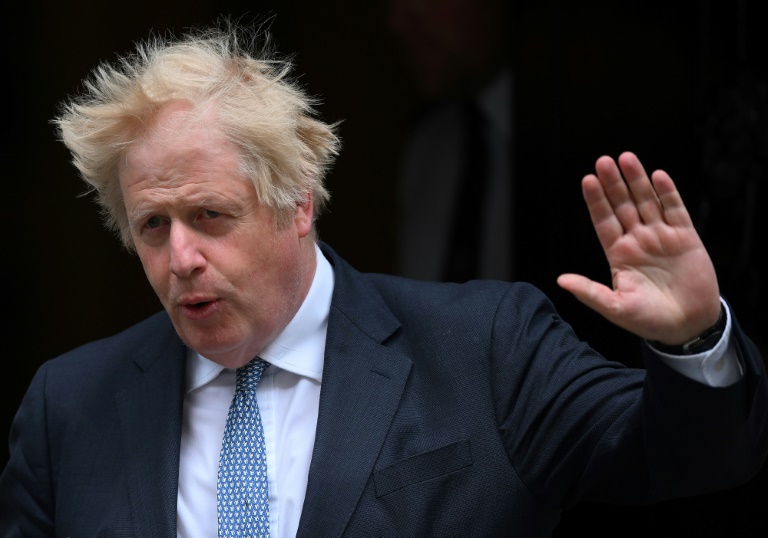 British Prime Minister Boris Johnson could face a vote among his own MPs to end his tenure in power as soon as next week, former Conservative leader William Hague said on Tuesday.

The prediction came after more Tory lawmakers, including two former cabinet ministers, expressed doubts about Johnson’s continued leadership in the wake of the “Partygate” scandal.

Dozens of his MPs have now publicly criticised their embattled leader over the numerous lockdown-breaching parties held in Downing Street in 2020 and last year under his watch.

If 54 of them write a letter of no-confidence in Johnson to a powerful backbench committee of Tory MPs, that will trigger a vote of all 359 Conservatives lawmakers on whether he should continue as leader and thereby prime minister.

Nearly 30 MPs are publicly known to have submitted such a letter but the process is shrouded in secrecy and the real tally is impossible to gauge.

Parliament is not sitting this week and with four days of celebrations for Queen Elizabeth II’s Platinum Jubilee beginning on Thursday, any announcement about a possible vote would not come until next week at the earliest.

The latest heavyweight Tories to express doubts about Johnson include former attorney general Jeremy Wright, who on Monday urged him to resign, and ex-cabinet minister Andrea Leadsom.

Hague said Leadsom’s intervention — a letter to her constituents on Tuesday in which she criticised “unacceptable failings of leadership” over “Partygate” — had lit a “slow fuse” on a no-confidence vote.

“The fuse is getting closer to the dynamite here and it’s speeding up,” Hague told Times Radio, adding it was “just another indication the Conservative Party is moving faster towards a vote”.

“A few more letters like that and it will come next week,” the former foreign secretary said.

The “Partygate” controversy, about Downing Street officials partying while the public was under Covid lockdown or under tight social restrictions, caused outrage.

Johnson himself became the first serving UK prime minister found to have broken the law while in office and was fined for attending a birthday party in 2020.

Although he has apologised, he has repeatedly refused to resign.

Support for him among Conservatives is ebbing away following last week’s publication of an internal inquiry. The probe found he presided over a culture of parties that ran late into the night and even featured a drunken fight among staff.

Johnson secured a thumping 80-seat majority at the last general election in December 2019, on a promise to take the UK out of the European Union.

But despite that, an increasing number of Tory MPs have come forward to say they do not believe the party can win the next election, which is due by 2024, under his leadership.

Opinion polls have shown deep public disapproval over the scandal, with large majorities of people saying Johnson knowingly lied about “Partygate” and that he should resign.

The Tories have suffered several electoral setbacks during his tenure, including losing traditionally safe seats to the Liberal Democrats in by-elections and hundreds of councillors in local elections in early May.

The party is also predicted to lose two more by-elections in June, in southwest and northern England.