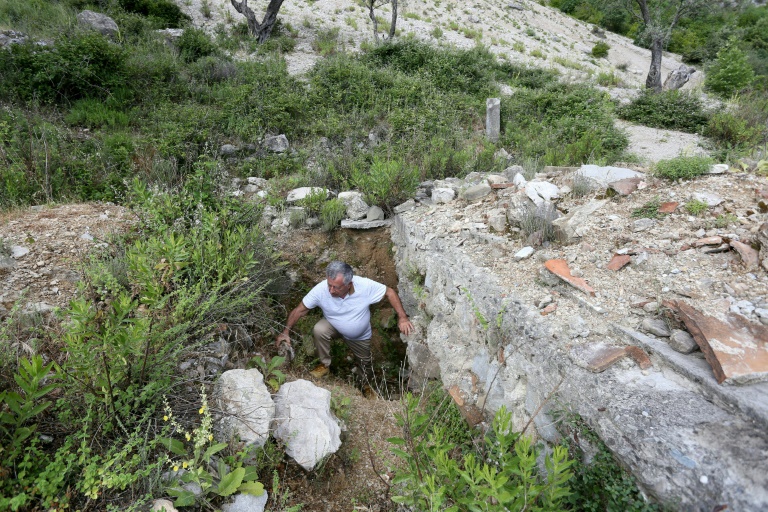 Shards of ceramics litter the fields of an ancient city in southeastern Albania, where looters have raided the area’s highlands in search of antiquities to sell to international traffickers.

Illicit treasure hunters operate with near impunity in the country, stirring outrage among archaeologists over the theft of priceless national heritage that feeds a global black market.

The government says it is working on measures to protect and preserve the sites looters prey on, but so far to little avail — even though removing archaeological artifacts is a crime, as in most countries.

Now covered in wild vegetation, the region near present-day Korce was once home to the city of Hija e Korbit, or the “Shadow of the Raven”.

The site, nestled against a hillside, has been ravaged in recent years by looters armed with shovels and backhoes searching for rare metals and artefacts.

“There are people from all regions who rush to these places,” says Axhem Lageshtari, 60, a local resident.

“Everywhere they dig. They search in the hope of finding gold, silver or other valuables.”

The area gained notoriety after the 1980s discovery of more than 600 silver coins — including some dating back centuries to the rule of Alexander the Great.

Experts tell AFP that illegal excavations have been detected at almost every important archaeological site in the region, which is home to historic necropolises, forts and other remains dating from the Bronze Age to the early Middle Ages.

“The problem is particularly worrying in Hija e Korbit, an important archaeological city that has not yet been explored by archaeologists,” laments Rovena Kurti, the head of the department of prehistory at the Tirana Institute of Archaeology.

“They damage the site and plunder the heritage,” adds Kurti.

The scavengers often destroy scientific data and remove objects from their environmental context which is needed for experts to understand the site’s history, explains Cecile Oberweiler, the former director of the Franco-Albanian mission in Korce.

Northeast of the capital Tirana, the remains of a church from the 11th or 12th century have been disfigured with gaping holes left by looters.

The church of the Holy Virgin Mary was supposed to be protected as a recognised cultural monument, but that failed to stop the trespassers from ransacking the area.

“We can give it any name but in truth, it is currently a ruin preyed upon by looters,” says archaeologist Skender Mucaj.

The pillaging of the site has been particularly painful for local resident Nora Braia.

“I come every Tuesday to pray to the Virgin Mary. She saved the life of my sick son, but I was powerless to save this shelter,” Braia, 80, tells AFP through tears, saying she hopes the assailants “will be chased by misfortune”.

Experts say not enough is being done legally to stop the looting.

Albania’s ministry of culture told AFP that efforts are under way to fight the “illicit trafficking of cultural property”, including a national action plan unveiled in 2018 along with initiatives to improve coordination with international organisations.

There are no official estimates of the market value of the objects taken from Albania.

But researchers are certain that some of the artefacts have fallen into the hands of international traffickers and then been sold in auctions to museums and private collections abroad.

“It is a fight that Albania cannot lead alone, the responsibility also falls on the authorities of other countries who turn a blind eye when these objects are displayed in their museums,” said Neritan Ceka, an archaeologist and art historian.

The recent indictment of Jean-Luc Martinez — the former head of the Louvre in Paris who was charged with conspiring to hide the origin of archaeological treasures — highlighted the extent of the illegal trade in antiquities.

French archaeologist Pascal Darcque said the problem was widespread and that museums often do not take seriously the process of vetting objects for sale and their origins.

“Their sale must be blocked and if their geographical origin can be established, the object must be returned,” Darcque said.